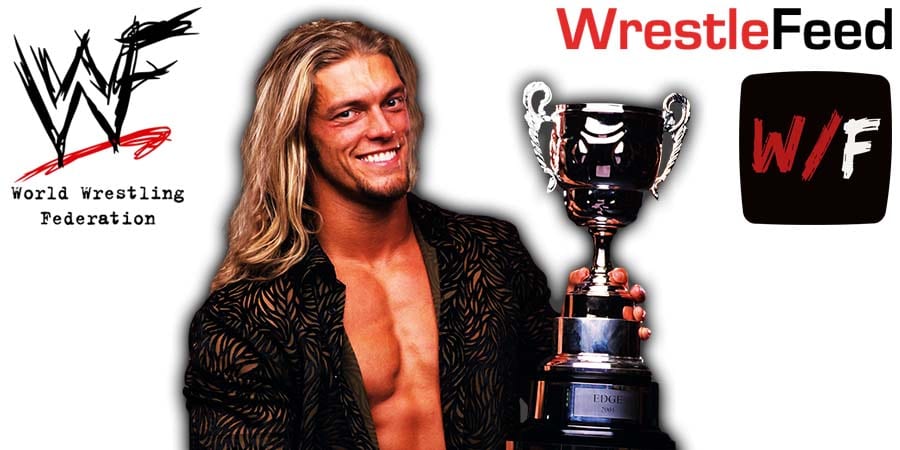 While speaking on WWE Untold, John Cena discussed his memorable run with the “Spinner” WWE Championship belt, and how much work he put into it.

On the other hand, WWE Hall Of Famer Edge didn’t want that design, but he was given the Rated-R version of it when he won the WWE Championship in 2006.

Edge said the following about it:

“I hated the spinner belts, despised them. When they came to me and said, ‘we’re going to do a Rated-R Championship,’ I was like, ‘Right. Let me get to work.’ I went home. I drew up a beautiful championship. I mean, this thing was badass.

Then I show up and they’re like, ‘well, no, we’re just going to put your logo in.’ I was like, ‘that’s it? Because Edge wouldn’t want a spinner belt.’ To me, this is the one championship that needs to look like a championship, not like some of these hubcaps.”