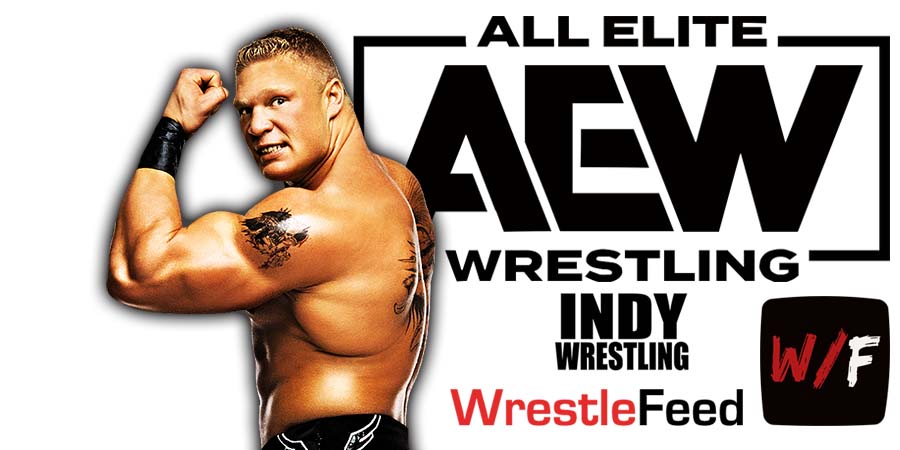 • Has Brock Lesnar Signed With AEW?

Now there’s a rumor going on that another former WWE Champion has signed with All Elite Wrestling – Brock Lesnar.

However, that rumor is false.

Andrew Zarian of the Mat Men Pro Wrestling podcast is reporting that Lesnar only talked to AEW once, but they didn’t reach a deal:

“The story is that Brock Lesnar signed with another company and everyone is thinking it is AEW. I can tell you it is not AEW. They have spoken maybe once in passing, like nothing serious whatsoever. Everybody I asked about this, they laughed. I can only tell you what they said to me.”