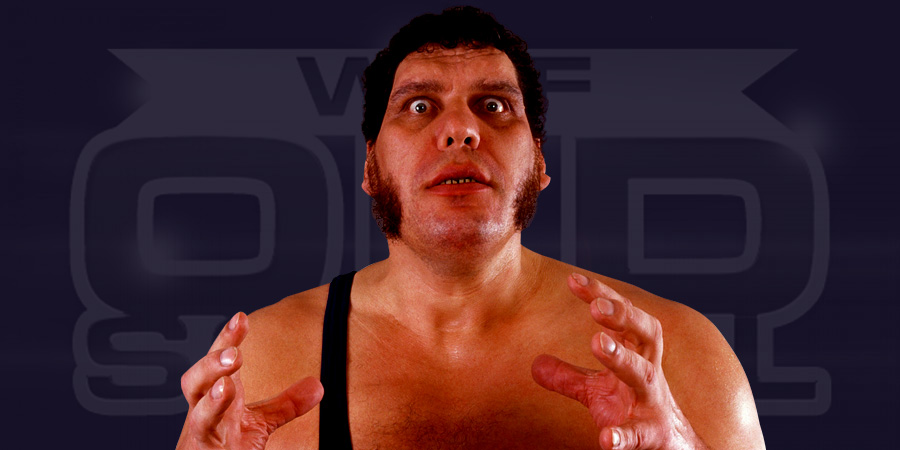 – According to Vanity Fair, HBO will be releasing a documentary on late great WWF Hall of Famer Andre The Giant.

The news was also confirmed by Page Six and below is what they wrote:

“Among the squad of talents who followed Simmons out the door from ESPN is Jonathan Hock, whose documentary subjects have included the 1980 “Miracle on Ice” hockey team, college basketball coach Jim Valvano, and Cuban-born Red Sox pitcher Luis Tiant. Hock’s first doc for HBO is said to be on pro wrestler Andre the Giant, the French farm boy who grew up to be 7-foot-4 and 500 pounds.”

– During a recent interview with FoxSports, WWE Hall of Famer “Stone Cold” Steve Austin had the following to say about his first appearance on Raw after 4 years:

“It was what it was. It was short, brief. I had four announcements to make. I got handed a piece of paper: ‘Yeah, I’ll be ready for Raw, yeah, I’ll be ready for (WrestleMania) 32 in Dallas. I’ve got Brock Lesnar coming up in a couple of hours and I’m going to introduce The Undertaker right now.’ So, you know, when you ain’t been on TV for four years and you’d really like to go out there and uncork a promo and just raise hell for my 6-10 minutes, it left a lot to be desired for my part, but it was doing a favor for WWE.

It’s always nice when you can go out, because it’s been so long, and get a great ovation and a pop and people still remember who you are. On one hand, it was great to be seen by the WWE fans, it was great to get that reception and I’m always grateful for the fact that people remember what I did while I was involved in the business of pro wrestling.”