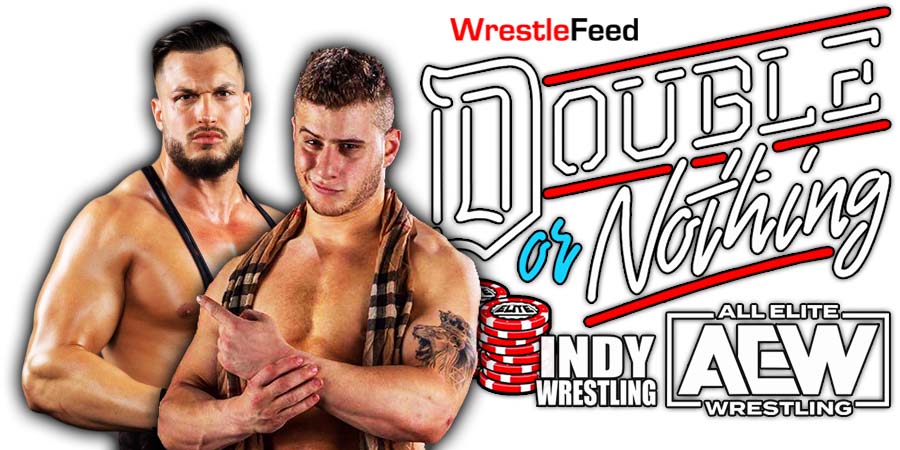 During an interview on Casual Conversations with The Wrestling Classic podcast, AEW wrestler Wardlow was asked to give his thoughts on MJF and the controversy surrounding his All Elite Wrestling contract.

Below is what Wardlow said:

“Honestly, I shouldn’t even give this subject the time of day, and I really don’t care to, but I do understand — people gotta understand, we were together for 3 years.

He was the first 3 years of my career, he was a big part of my career. So if anybody is allowed to touch on this subject, it probably is me.

That’s all I’m gonna say about that.”

For those who don’t know, Wardlow used to be the Bodyguard of MJF on AEW TV. He defeated MJF at the Double Or Nothing 2022 pay-per-view to officially earn his AEW contract.

Also Read: “He’s not as good as he thinks he is” – Chris Jericho On MJF

It was pre-taped at the Arco Arena in Sacramento, California and featured matches, interviews & storyline segments on the road to the ‘WWE The Great American Bash 2005’ PPV.

The Blue Meanie vs. JBL

The Undertaker vs. Daivari