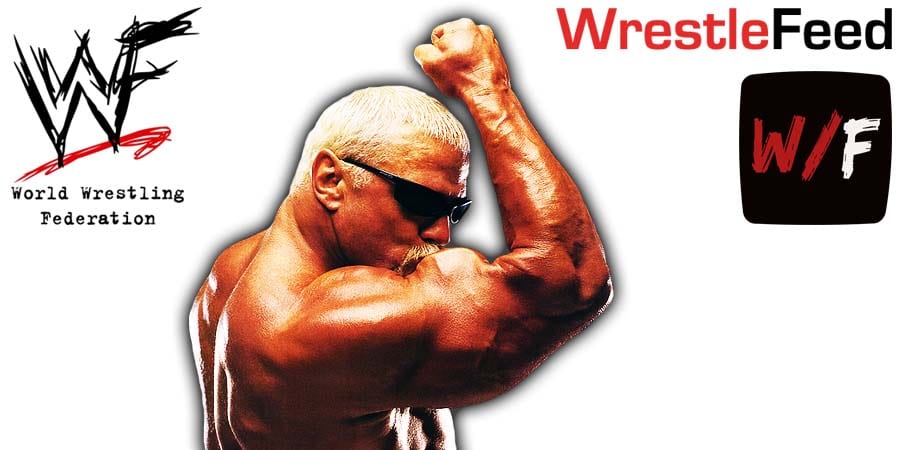 During a recent edition of 83 Weeks podcast, former WCW President Eric Bischoff talked about Scott Steiner’s reign as the WCW World Heavyweight Champion during the last few months of the company’s existence.

“It worked for me. I liked Scott at the time, I liked what he could do in the ring and his in-ring abilities were nothing short of amazing. His larger-than-life persona was hard to compare anybody to.

The challenges I had with Scott were his consistency and personality. He was volatile in and out of the ring. He was capable of doing things outside the ring that could’ve brought great harm to the company’s reputation. That part was dangerous as your World Champion.

It was dangerous for anyone on television, but as your World Champion, even more so. I liked it creatively, but from a business perspective, it was not without risk.”