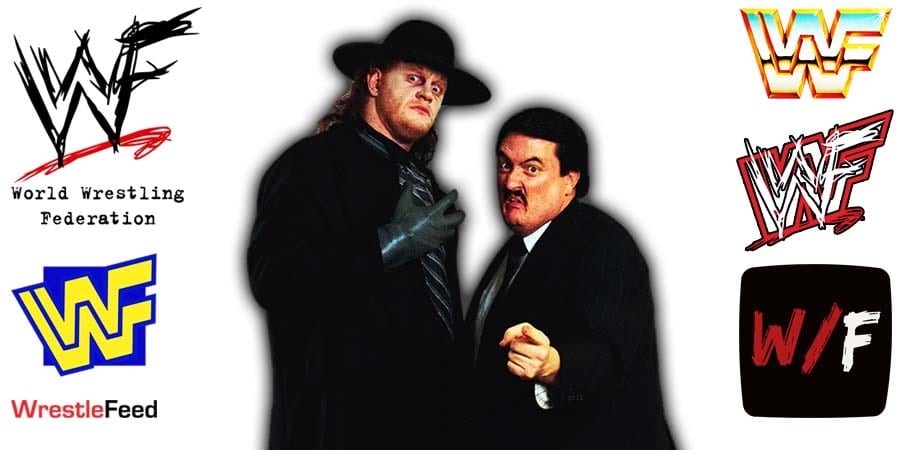 During a recent interview with SK Wrestling, WWE Hall of Famers The Bushwhackers talked about The Undertaker and his body bag matches during the early 90s.

Bushwhacker Luke revealed that Undertaker would collapse sometimes when he would carry a heavy opponent on his shoulders all the way to the back.

“These arenas were huge. They hold about 25,000 people. They were big NBA basketball arenas, and that was without having people on the floor. That was just having people in the stands.

And guys would have to pick him up, undo the guy from the body bag, and get him into his seat somewhere.”

The Bushwhackers recently reunited and announced a comeback for 2021 (tap here to read more).

Also Read: The Undertaker Dealing With Vision Issues Due To An Injury He Suffered During A Match With Rey Mysterio