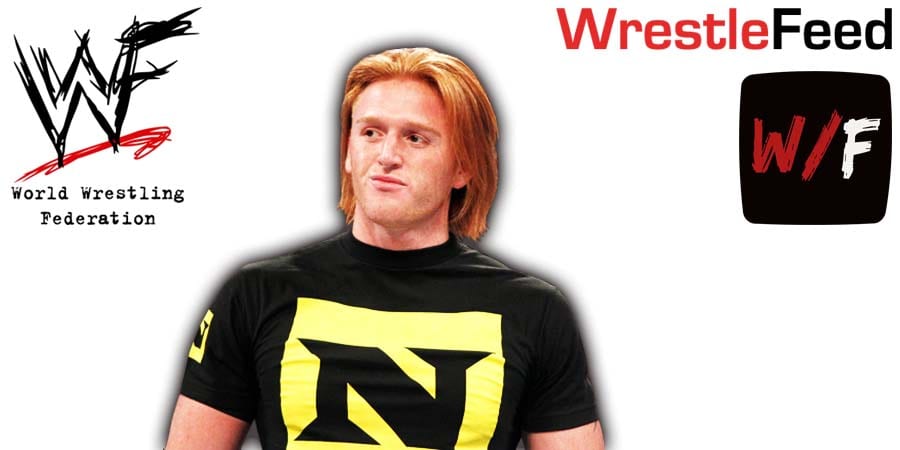 One Man Gang vs. John Peterson

As seen on tonight’s episode of RAW, Heath Slater (who was released from WWE in April) made his final WWE appearance and lost to WWE Champion Drew McIntyre.

Dolph Ziggler attacked Slater after the match, and this led to McIntyre making the save and then having an emotional moment with his former 3MB partner.

Slater got interviewed backstage after his match, and he said the following about his final WWE match:

“This was something that had to be done. Me and Drew, we go way back and he promised me something and you know I wanted it, so thank god it happened.

He’s the man, the champ, my brother both inside and outside the ring. I’m pretty sure that he loves me after he helped me up and gave me a hug.

This was a nice closing of a chapter. So let’s see what the future brings for me.”

EXCLUSIVE: It was an emotional night and the closing of a chapter for @HEATHXXII on #WWERaw. pic.twitter.com/qYcBe5D1Dy

“Heath is my brother, something I now realize you never were Dolph. I took pity on you at first, but after that stunt tonight I’m going to severely hurt you. Extreme Rules can’t come soon enough.”

Heath is my brother, something I now realize you never were Dolph. I took pity on you at first, but after that stunt tonight I'm going to severely hurt you. Extreme Rules can't come soon enough pic.twitter.com/nYtNmggUiX

I love you all. Thank you my friend my brother @DMcIntyreWWE pic.twitter.com/xkMW4Njlsd