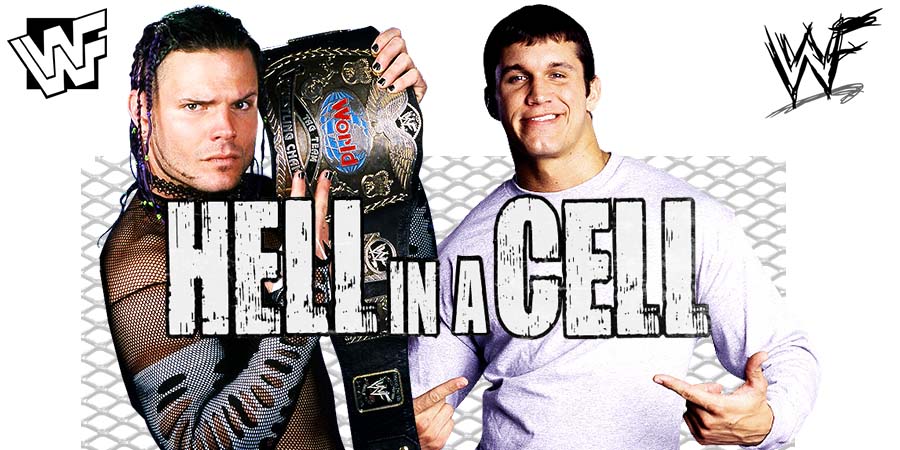 Tonight’s Hell In A Cell 2018 PPV is airing live from the AT&T Center in San Antonio, Texas.

This is the 10th “Hell In A Cell” PPV event and it will feature the debut on the new red colored Hell in a Cell structure.

– Hell In A Cell Match: Randy Orton vs. Jeff Hardy

Below is the ‘Tale of the Tape’ for tonight’s main event: 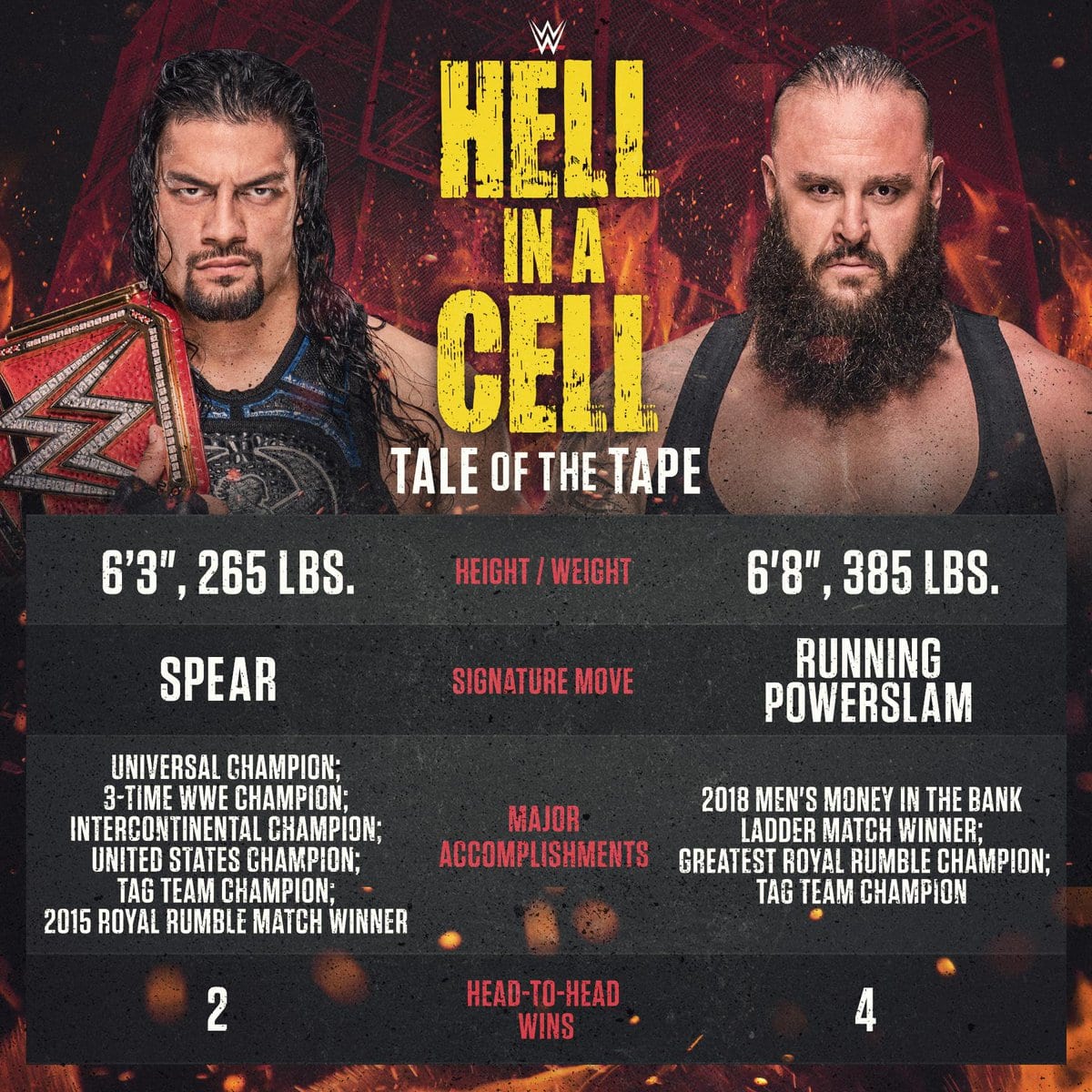 SmackDown Live General Manager Paige announced on the Kickoff panel that the Hell in a Cell match between Jeff Hardy & Randy Orton will kick off the main show of tonight’s PPV.

It’s time for the SmackDown Tag Team Championship match on the Kickoff show. The New Day make their way out first for their Title defense.

Aiden English comes out next and they have an argument. English says Rusev Day will be the new SmackDown Tag Team Champions.

After good back & forth action, English locked in Rusev’s Accolade on Kofi, but Kofi managed to get out of it. Kofi then nailed a Trouble In Paradise out of nowhere on English and pinned him.

Rusev is left disappointed after the match.

The main show begins with the Hell in a Cell being lowered and 13 time WWE World Heavyweight Champion Randy Orton making his way out.

Jeff Hardy makes his way out next for his 1st ever Hell in a Cell match. This is something that Jeff has wanted to do for a while now.

The match begins and Jeff goes straight after Orton. Only The Undertaker and Triple H have had more Hell in a Cell matches than Orton.

Jeff brings a Table into play and both Jeff & Orton battle for the possession of it. Orton takes Jeff down with a Clothesline.

Jeff comes back into the match by driving the table into Orton’s mid-section. Hardy bring a Ladder into play now. Orton grabs a Steel Chair and is about to hit Hardy with it, but Hardy nails Orton with a Ladder multiple times.

Orton suddenly comes back with a Steel Chair shot the minute Hardy turns his back on him.

Orton nails a Super-Plex on Hardy. Hardy nails a Whisper In The Wind to the back of the neck of Orton. Jeff goes for the cover, but Orton kicks out at 2.

Orton drops Hardy in the middle of an inverted ladder! Orton goes for the cover, but Jeff kicks out.

THESE are the risks that come with #HellInACell…#HIAC @RandyOrton pic.twitter.com/sQ9CNa8wba

Orton now takes out a screw driver from underneath the ring, puts it inside Hardy’s earhole and twists it!!!!!

.@RandyOrton IS A SICK HUMAN BEING. #HIAC pic.twitter.com/7NHIJ91ykY

Hardy then low-blowed Orton and saved himself from further damage.

Hardy nails Orton with a Twist of Fate, puts a Steel Chair on top of Orton and hit a Swanton Bomb! Hardy goes for the cover, but Orton kicks out.

Orton is bleeding from his leg.

Hardy nails another Twist of Fate on Orton. Hardy sets up a Table and Ladder, puts Orton on table and goes for a crazy move that backfires!!!

Referee calls for help and lifts up the Cell, but Orton goes for the cover and referee has to count and Orton wins.