As we noted earlier, it will be shown during Undertaker: The Last Ride docuseries that The Undertaker apologized to Roman Reigns for his performance at WrestleMania 33.

Below is the conversation that Taker & Reigns had after The Undertaker came backstage after defeating John Cena at WrestleMania 34:

Undertaker: I feel so bad about last year. I just want you to know, that bothers me.

Roman Reigns: No, no…

Undertaker: I didn’t have it, you know that. 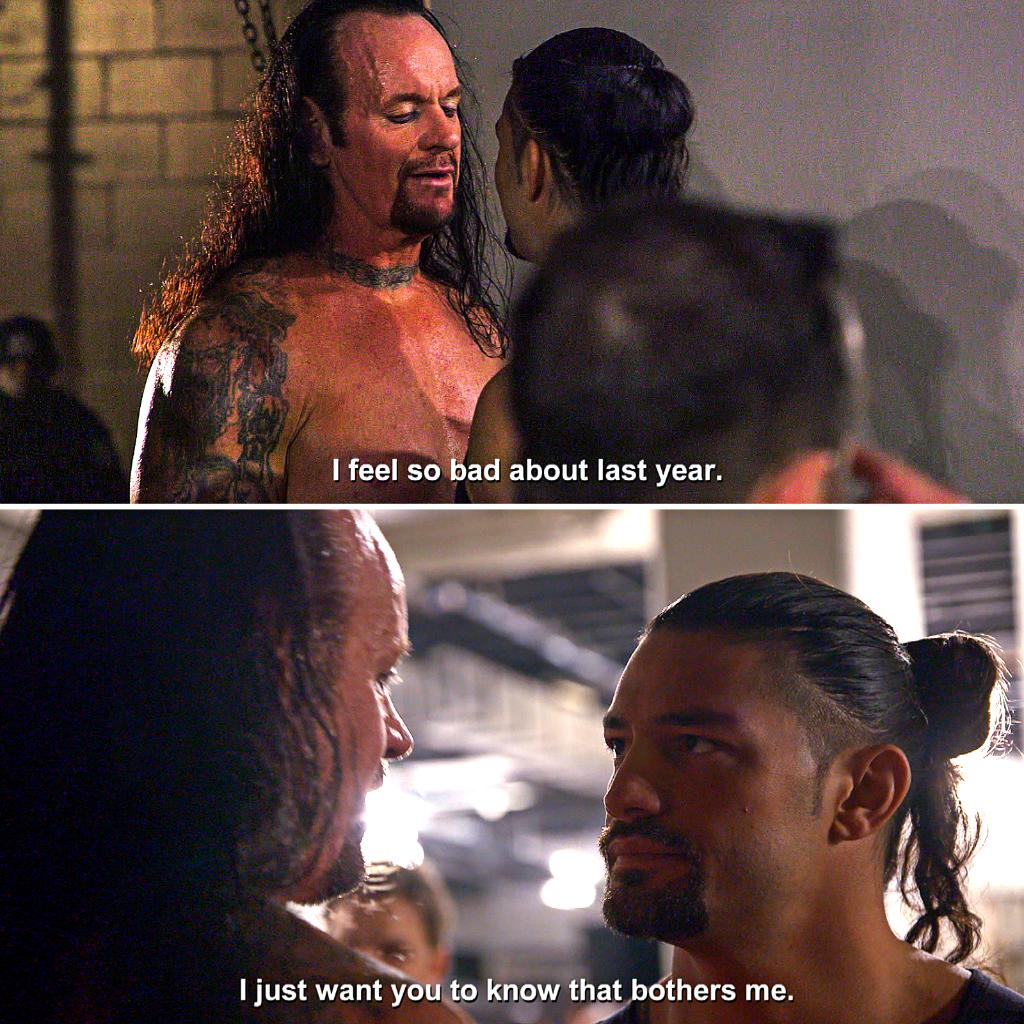 You can a clip of Undertaker preparing for his match against Cena backstage at WrestleMania 34 from tomorrow’s episode of The Last Ride: