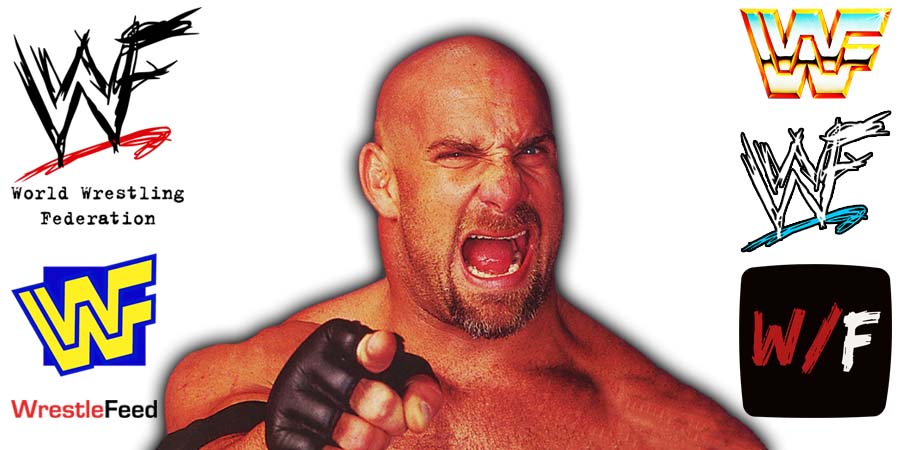 Old School WCW Legend Bill Goldberg was interviewed on the Roman Atwood podcast, where he also spoke about current NXT Champion Bron Breakker (Real name: Bronson Rechsteiner) and had nothing but great things to say about the young, up-and-coming pro-wrestler.

Between 1997 and 2001, Goldberg wrestled on the same roster in World Championship Wrestling as Breakker’s father, the legendary ‘Dog Face Gremlin’ Rick Steiner.

Here’s what Bill said about Bron:

“He’s me, basically. They wanted him to Jackhammer people. I love this kid. He went up and he tried to play for Baltimore, I think he was a free agent for the Ravens.

The kid is unbelievably athletic, but he’s one of the smartest kids, man. He’s knowledgeable in the business because he grew up with it. I was hanging out with him and his dad when he was (my son) Gage’s age. Now look at him.”

Bron Breakker was originally named Rex Steiner during his WWE Performance Center preparation to debut on NXT TV, but when his official debut happened, the name was basically changed at the last minute and he became known as Bron Breakker, a decision that was made when Vince McMahon was still in charge of WWE.

Bron sort of defending and justifying that decision now, is more likely just a case of him being a good soldier and loyal to his employer.

Also Read: Goldberg Claims WWE Was Never Fully Behind Him