It was broadcasted from the Louisville Gardens in Louisville, Kentucky and featured pre-taped matches, promos & storyline segments on the road to the ‘WWF Royal Rumble 1993’ PPV.

She officiated a match between Alexa Bliss and Mandy Rose on tonight’s SmackDown. 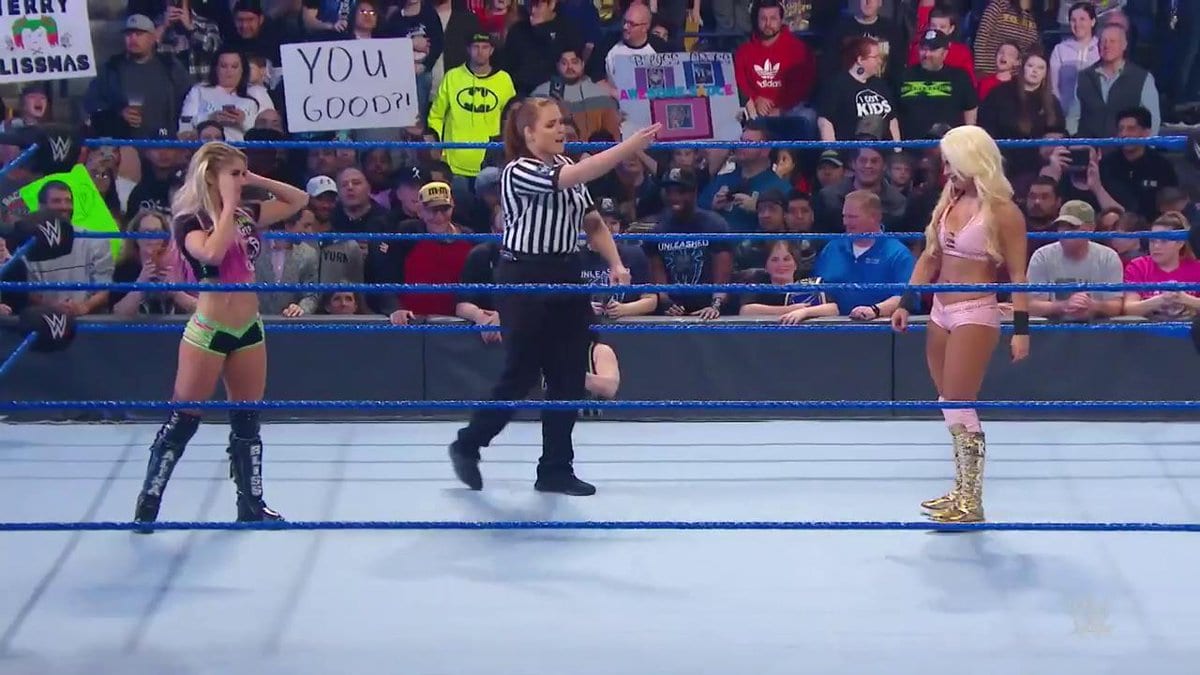 – Bray Wyatt Targets The Miz’s Family, Challenges Him To A Match At TLC 2019

– Sheamus says the SmackDown Roster has become lazy, but he’s back and will ravage through anyone who stands in his way

– Lacey Evans def. A local talent (Lacey dropped Sasha Banks in the ring after the match, but then got attacked by SmackDown Women’s Champion Bayley)