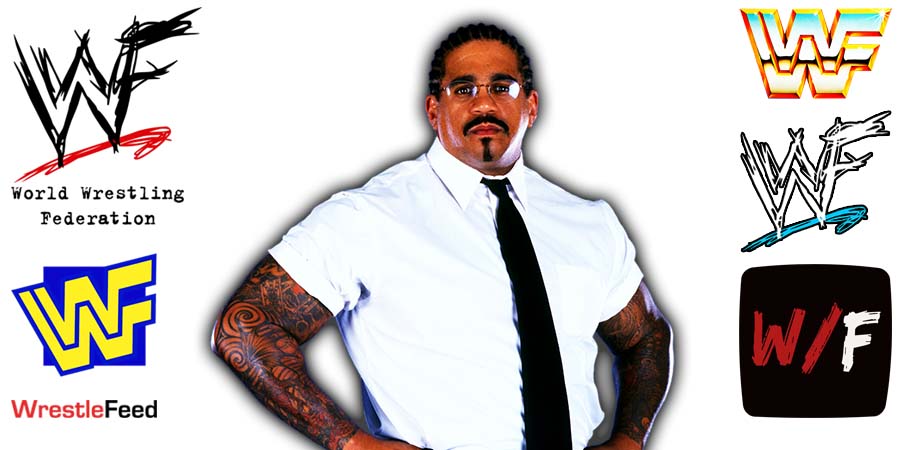 • How Vince McMahon Stopped The Godfather From Leaving The WWF

During a recent interview on the ‘It’s My Wrestling’ podcast, Old School WWF Legend The Godfather (aka Papa Shango / Kama) spoke about an incident in 2000, when a conversation between The Undertaker and Vince McMahon led to The Hardy Boyz dropping the WWF World Tag Team Titles to Bull Buchanon and The Goodfather himself, then representing Right To Censor.

He claims that the title change was only done to keep him with the World Wrestling Federation, after Taker informed Vince about Godfather’s plans to leave the promotion.

Here’s what the 2016 WWE Hall of Famer had to say about the incident:

“When they took me in as The Goodfather, it wasn’t fun no more. So right away I was like, ‘Dude, I’m out of here.’ I think Taker went to Vince and said I’m getting ready to leave, and all of a sudden they drop the belts on me.

And I had loyalty, I’m not going to run out with the belts. As soon as they got those belts off of us then I finished that because I really wasn’t having fun.”

The Undertaker and The Godfather are actually close personal friends ever since the early 90s.

Also Read: The Godfather On Why The Rock Refused To Travel With Him

It was broadcasted from the Bradley Center in Milwaukee, Wisconsin and featured matches, interviews & storyline segments on the road to the ‘WWF Survivor Series 1998’ PPV.

6. Casket Match: Kane vs. The Undertaker