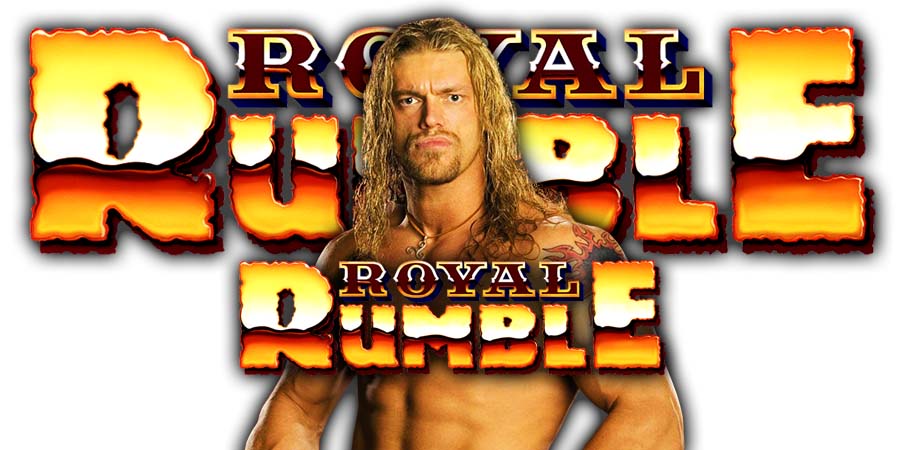 • Huge Return At Royal Rumble 2020 Considered To Be A “Lock”

According to Wrestlezone’s Bill Prichard, WWE Hall of Famer Edge will be making his in-ring return after almost 9 years of being retired and it will happen during the Men’s Royal Rumble 2020 match.

The source noted that Edge is scheduled to be an early entrant during the match:

“A source speaking with Wrestlezone recently said Edge will make his in-ring return, and we can expect to see him as an entrant in the 2020 Men’s Royal Rumble match.

No other details were shared about if this is a one-off appearance or if we could see him return for more, but the source noted Edge in the Rumble match is a ‘lock’ and that he’s currently tabbed as a very early entrant in the match.”