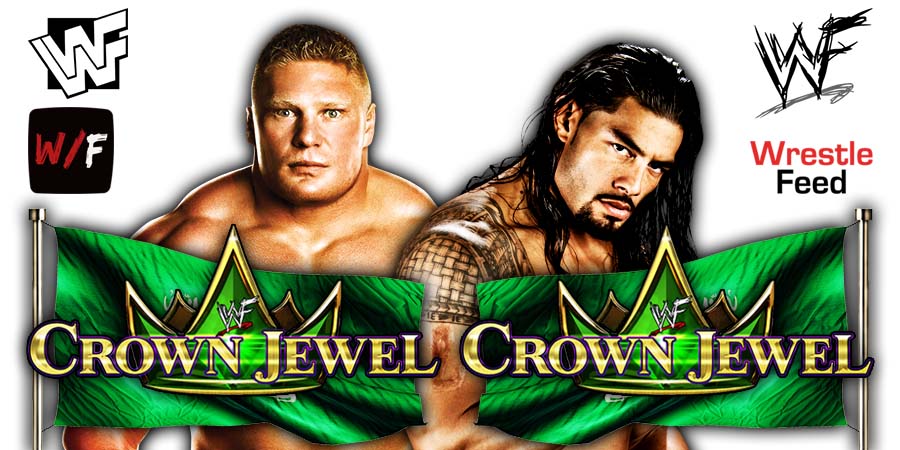 “The Tribal Chief” Roman Reigns will defend the Universal Championship against Brock Lesnar later this month at the WWE Crown Jewel 2021 pay-per-view.

According to Wrestlingnewsco, Roman’s Universal Title reign will not come to an end in 2021.

This is because WWE doesn’t plan on ending Reigns’ feud with Lesnar at Crown Jewel, and wants to do more matches between them.

One of the reasons behind this move is the availability of The Rock. If The Rock doesn’t return for a highly-anticipated match against Reigns at WrestleMania 38, then Roman Reigns vs. Brock Lesnar is the next biggest match possible at the Show of Shows.

This should have been the first in a series of 4 PPVs, that would feature Old School 80s & 90s WWF/NWA/WCW Legends, but due to a low buy rate of only 29,000 pay-per-view buys, the plans for more events were canceled.

While this PPV has a very bad reputation among the internet fans, some calling it “The worst PPV ever” like Dave Meltzer wrote in 1999, the event itself was still a lot more entertaining than 99% of the modern day WWE PG-Era (2008-now) shows.

Abdullah the Butcher vs. One Man Gang ended in a double-count-out