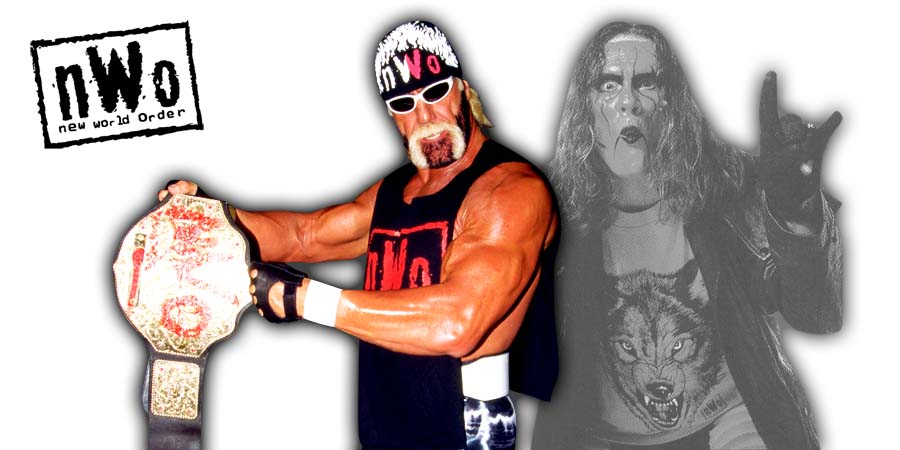 Chris did several televised jobs on WWF TV in the mid-90s, in which he developed a spot that is now referred to as the ‘Hamrick Bump’, where he misses his opponent and jumps outside between the top rope and the second rope.

He later joined Paul Heyman’s ECW Extreme Championship Wrestling promotion in 2000 and became a full-time member of their roster until the company closed its doors in January 2001.

During a recent appearance on Apter Chat, WWE Hall of Famer Hulk Hogan talked about Sting being a possible replacement for him in the nWo, if ‘Hollywood Hogan’ would have liked to face ‘Hulkamania Hulk Hogan’ & more.

“I would have been living in a mansion ten times the size of my home right now if the guy in the red and yellow was around for Hollywood to wrestle because I had no idea that babyface and the timing and the way everything was, how it just made everything fit and run like a fine tuned machine. It’s what [Roddy] Piper said, ‘Just give me an old bald headed tanned guy.

I’ll wrestle that big old 300 pound bald headed tanned babyface over any of these other guys.’ Now I know what Piper meant. At the time, I just didn’t get it. Things were just so easy ’cause everything was set up so perfectly for that whole Hulkamania run. As Hollywood Hogan, I would have loved to have Hulk Hogan to work with.”

On Sting being a possible replacement for him in the nWo if he didn’t turn heel: