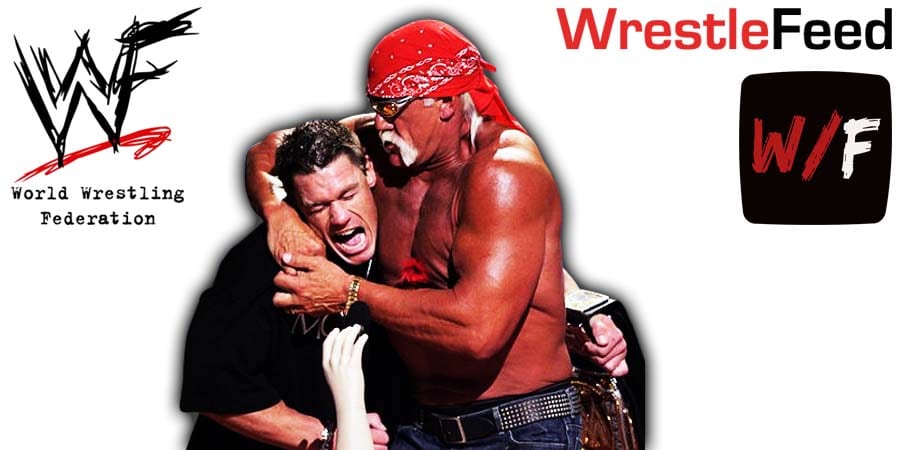 During the latest episode of Something To Wrestle, Bruce Prichard discussed “The Immortal” Hulk Hogan’s return to WWE in 2005.

Prichard noted that Hogan was impressed with then WWE Champion John Cena while working with him on TV in a 6 man tag team match.

Hogan saw the potential in Cena and immediately began discussing a future match with him, but they never got to that point as Hogan left after defeating Shawn Michaels at SummerSlam 2005.

Below is what Prichard said on the podcast:

Hulk was already gone before we could (book the match against John Cena).”