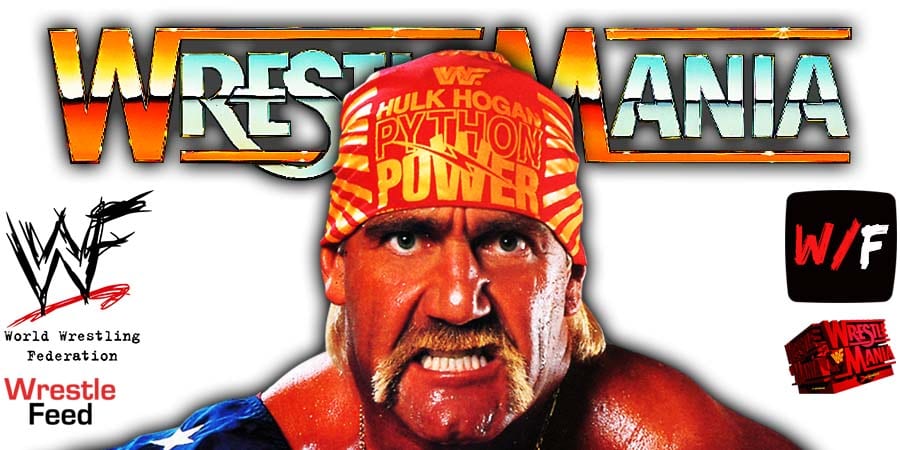 2-Time WWE Hall of Famer Hulk Hogan is widely considered the most important name in professional wrestling history and is well known to be the biggest long-term draw ever (with Stone Cold Steve Austin being the biggest short-term draw ever).

If you ask any adult on the planet, who they associate with pro-wrestling, the highest amount of answers would be ‘Hulk Hogan’.

Despite his popularity and his huge charisma, Hogan also has his critics, which are mostly former colleagues, who are jealous of his fame & glory, yet fail to realize that with him main eventing and drawing money, they also made a lot of money because of Hogan.

Bret ‘The Hitman’ Hart is certainly one of them, who is pretty bitter nowadays about many things & people, including The Hulkster.

Old School WWF/WCW Legend Sid seems to be yet another one of them, as he recently bashed Hulk in an interview with the Highspots Wrestling Network.

Here’s what the former Sid Justice (later known as Sycho Sid) had to say:

“Honestly, the WWF, it was such a night-to-night deal, every show was a big show. I know it was WrestleMania, don’t get me wrong, but like a year later, I forgot there was a WrestleMania.

So someone said, ‘You remember being at WrestleMania?’ I went, ‘No.’

Again, and I’m not trying to make anybody mad at me, but I was in this business different than everybody else was.

I was in it for just the business. I wasn’t a wrestling fan. I got in it to make money, so I never looked at a booking sheet, I didn’t care what town I was in, I didn’t care who I was working with.

But again, I didn’t take this like everyone else. I never watched wrestling, never looked at a wrestling magazine, so again, it was just business to me.

WrestleMania was just the same as if I was working Roanoke, Virginia.

Well yeah, there was more money for WrestleMania, but the thing is you don’t see that money for three months so you don’t think about that dude, yeah, I turned down more money than I was getting there.

It was okay. It was nothing that I’m gonna say it was my favorite night of the year or anything like that.

Also Read: “He didn’t know how to do anything!” – Bret Hart On His 1st Match With Hulk Hogan