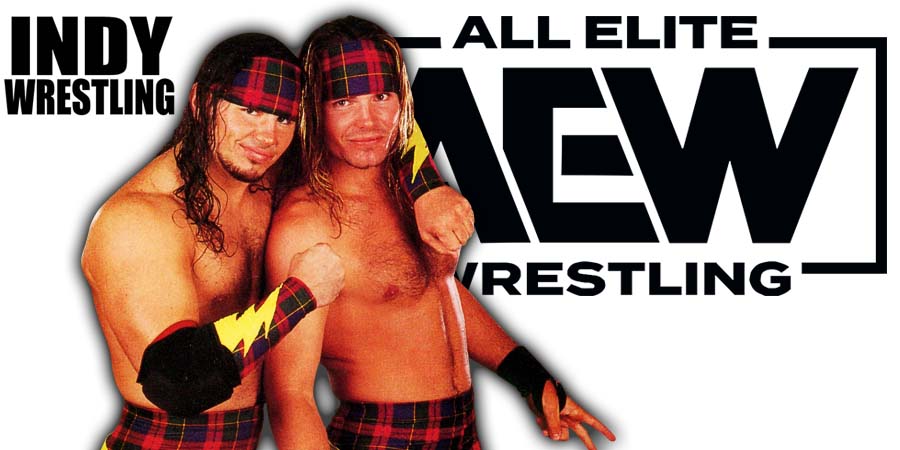 After Jeff Hardy got released from WWE, fans began speculating about a Hardy Boyz reunion in All Elite Wrestling, since Matt Hardy is already over there.

During a recent interview with The Drive, Matt noted that he’d love to have one last run with Jeff as The Hardy Boyz and AEW would be the perfect place for it.

“I mean that would be fabulous (to have one last run with Jeff Hardy) and I know both of us have stated on quite a few occasions that we both wanna end our careers the way we began our careers and that is as a tag team. That was our dream as two kids growing up.

You know, we wanted to be the Tag Team Champions of the World at least one time. Obviously we have very fortunately exceeded that many times over but I think us teaming together and having one last great run as a tag team would be amazing and I couldn’t think of a better place to do it than All Elite Wrestling.

There’s one thing I have to say about Tony Khan, I can’t put him over enough for this…he is so good and so great at treating legends like legends and he has such a smart utilization of talent and I cannot commend him enough on that.

That’s why AEW has been so successful is because Tony Khan has been the guy in the driver seat and he has really been putting out a very smart product where he rewards the wrestling fans in 2021 that are willing to invest a lot of time to watch a product and watch a storyline, watch a rivalry.

He always gives them a payoff that’s gonna reward them.”

It was broadcasted from New Orleans, Louisiana and featured pre-taped matches, interviews & storyline segments on the road to the ‘WWF Royal Rumble 2002’ PPV.