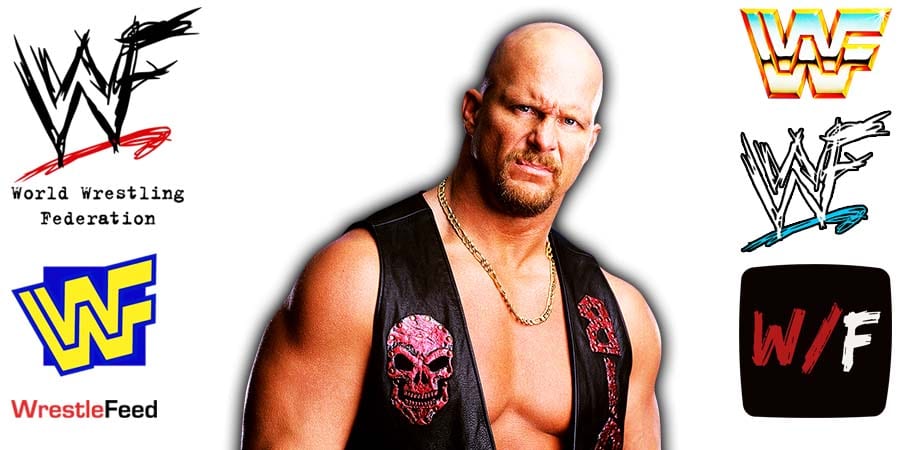 During an episode of his podcast, WWE Hall Of Famer Kurt Angle talked about Vince McMahon botching the Stunner from Stone Cold Steve Austin at WrestleMania 38.

Angle thinks Austin will come back again due to this botch. Below is what he said:

“I don’t know, you know what, knowing Stone Cold, he’s probably going to come back again. He’s going to want to do a Stunner to end the show properly.

I don’t think he’s going to go out like that, and don’t get me wrong, it was an awesome moment regardless of what happened with Vince and how he took the Stunner. It was an incredible moment.

My wife went out to the arena and it was f**king crazy. Everybody was off their seats, going nuts, screaming at the top of their lungs.

I never heard a pop like this, I was backstage, my wife told me it was 10x bigger out there.”

Austin actually hit another Stunner after the one on Vince, which was to Pat McAfee. McAfee noted on his show that this was an unplanned Stunner.

It was pre-taped at the First Union Center in Philadelphia, Pennsylvania and featured pre-taped matches & storyline segments on the road to the ‘WWF Backlash 2000’ PPV.

3. Rikishi vs. The Big Show