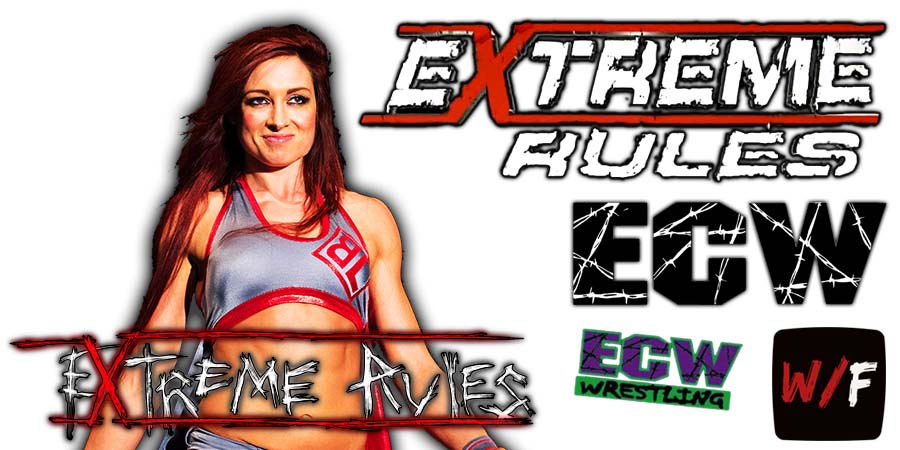 “I’m not buying in yet, and I don’t know if the audience is as well. You know, because on SmackDown on Friday night she came out and cut that promo, obviously had some heel tendencies to it, but the audience wasn’t buying into her as a heel.

Even with Bianca Belair, the ultimate babyface with her, they were not buying her buying in. They want so badly to cheer The Man and I think it’s gonna be a tough chore going forward for WWE to present her as a heel.

It has to be done in a way that really makes people want to dislike her and want her to get beat. I think it’s a tough chore ahead, I don’t think they can do it.”

In today's #ReffinRant 🍻 to the NWA for a good weekend. Also 'The Man' returns as a heel? Will the audience eventually boo her? Tough task ahead. #StaySafe pic.twitter.com/uyNglXFEdP

Becky returned at SummerSlam 2021 and defeated Bianca in 27 seconds in an impromptu match to win the SmackDown Women’s Championship.

On last Friday’s SmackDown, Bianca won an elimination match to become the #1 Contender. She will now face Becky for the Title at next month’s Extreme Rules 2021 pay-per-view.

This episode was broadcasted from the Cow Palace in San Francisco, California and featured matches & storyline segments on the road to the ‘WWE Unforgiven 2004’ PPV.