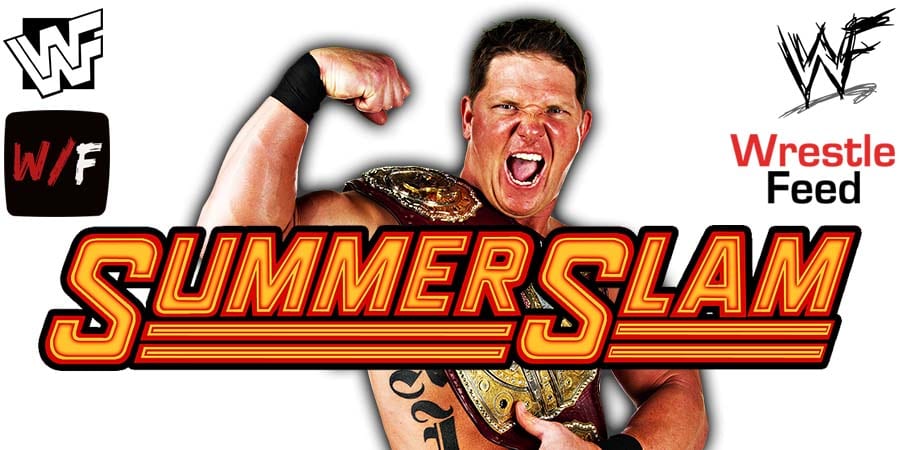 Whether he was working out in the gym with Old School WWF Legends like Bruno Sammartino and “Superstar” Billy Graham during the 70s, shooting movies with Jesse “The Body” Ventura and even on one occasion with André The Giant, or interfering in the SmackDown! main event in 1999, Anrold Schwarzenegger’s relation to the World Wrestling Federation can’t be ignored.

In 2015, the “Terminator” got inducted into the WWE Hall of Fame (Celebrity Wing) by his friend, Old School WWF Legend ‘The Game’ Triple H.

As we noted before, WWE is going to great lengths to find a location for their biggest event of the summer, SummerSlam 2020. They’re even considering a limited number of fans to be allowed, but they haven’t been successful yet.

Wrestlevotes provided the following update on this matter:

“WWE has looked into hosting SummerSlam within the Northeast at an outdoor location w/ limited fans, and as of now, have found no interested states in allowing that to happen.”

During his Twitch stream, Intercontinental Champion AJ Styles had the following to say about SummerSlam 2020’s location:

“I have no idea what’s going on with SummerSlam or where it’s gonna be, if it’s going to be at the PC or if we’re actually going to get to do this.

If I’m a betting man, I bet that we don’t do anything until 2021 outside the Performance Center. I could be wrong; I hope I’m wrong, but just based on everything and how everything is going on, it would surprise me if we did.”

As of this writing, the following two matches have been confirmed for WWE SummerSlam 2020: