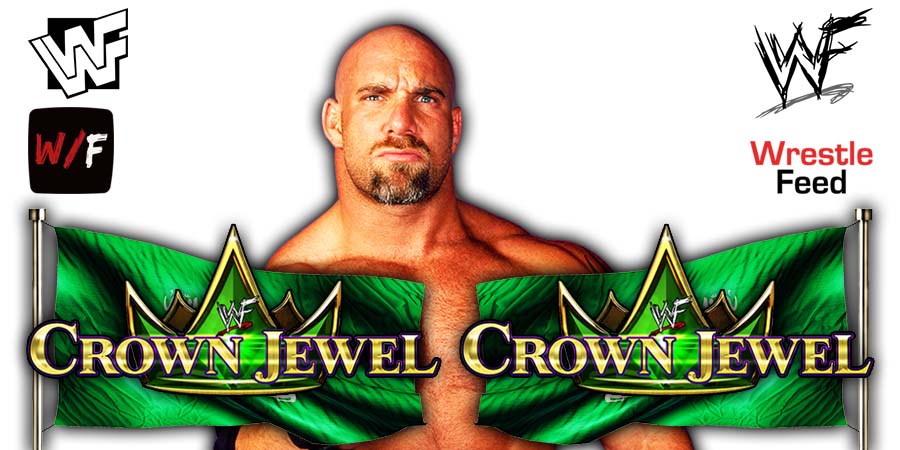 During an interview on the UnSKripted podcast, former WWF Light Heavyweight Champion Gillberg talked about wanting to face WCW Legend Goldberg in a match.

Gillberg met Goldberg at an autograph signing and revealed what their conversation was like.

“He said, ‘Thanks a lot!’ I said, ‘For what?’ He said, ‘Man, if you wouldn’t have been doing the gimmick, they might have forgotten about me’.

I was like, ‘No problem.’ While you’re in a giving mood, I said, ‘Why don’t we have this match, bro?’ I said, ‘You against me, you can kill Gillberg, get it done. Get it over with, you can get on with your life.’

Nope! He won’t have anything acknowledged or anything to do with me.”

It’s pay-per-view worthy! I’ve still got it in me, you know what I’m saying? I’m in great shape. I can definitely have one more!

I guarantee you it will be better than some of those matches you had over in [Saudi Arabia] (laughs).”

This episode was pre-taped at the Centrum in Worcester, Massachusetts and included matches & storyline segments featuring the 1987 WWF Superstars.