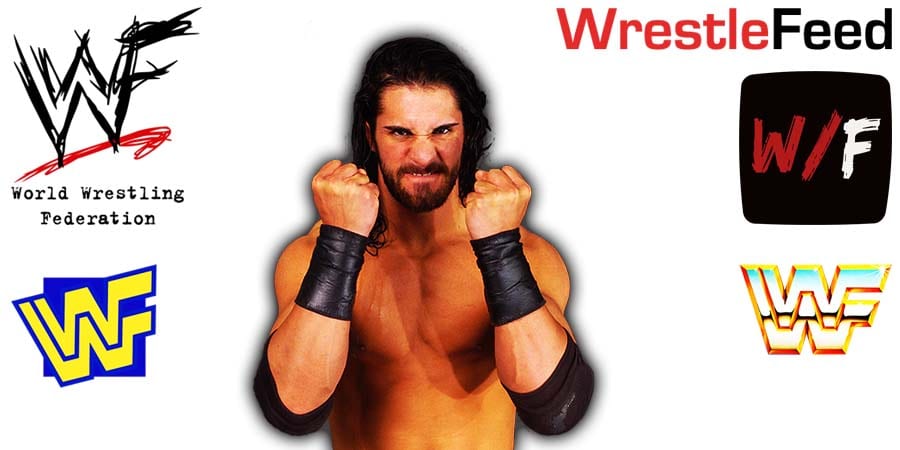 Rollins said the following about this incident to TMZ:

As we noted earlier, a Twitter user found Elisah Spencer’s Instagram page (the guy who attacked Seth Rollins on RAW) and shared information on how Spencer was scammed by a person pretending to be Seth Rollins:

“The guy attacked Seth because he was messaging a definite fake account and believed it and the ‘business deal’ went the wrong way.

This kid’s been planning this since 2019 because he messaged a fake Seth Rollins account and he just seemed to eventually stop replying.

This account is really scary after Seth beat Dominik he gets mad about it and says ‘its payback time for you say your last prayers and btw how your wife with her pregnancy.’

The fake Seth seemed to have scammed this dude out of hundreds of dollars and then got the guys ‘bae’ arrested because of a fake check. This is sad all around.”

This kids been planning this since 2019 because he messaged a fake Seth Rollins account and he just seemed to eventually stop replying https://t.co/xfp317zRRU pic.twitter.com/1ZL25vHsCl

The fake Seth seemed to have scammed this dude out of hundreds of dollars and then got the guys “bae” arrested because of a fake check. This is sad all around https://t.co/LuAnAQgLyp pic.twitter.com/on4V5QaQvL

Spencer then released a video where he talks about why he attacked Rollins. You can watch it below:

“Good morning guys, I’m out. That was me on WWE. I was booked from Goldberg and Vince McMahon and I jumped over the barricade because I told Vince McMahon I had personal beef with Colby Lopez (Seth Rollins’ real name).

This man did not tell Colby I was going to be there. And the personal beef is between me and Colby and he knows what he’s done. So as a…related to the Tribal Chief and Tribal Chief cousin, Royal 4 and Fatu Instagram, I did what I had to do.

I made my family proud because we are the ones. And WWE Officials, I appreciate you for taking me off Colby Lopez, but you know what was about to happen.

I did it for Rikishi! It did it for The Rock! I did it for all my Tribal Family, and I appreciate this message worldwide.”

During an interview with The Daily News, Spencer apologized for his actions:

“I apologized to the WWE for my actions. I had a legitimate beef but as a grown man I could have settled it a different way. If I saw him today I wouldn’t attack him. I’ve moved on.”

TMZ reports that Spencer is scheduled to appear in court for his hearing in December.

On this day in Pro Wrestling history on November 24, 1988, the World Wrestling Federation aired ‘WWF Survivor Series 1988’ LIVE on PPV from the Richfield Coliseum in Richfield Township, Ohio.

The pay-per-view had the tagline “Teams of Five Strive to Survive”.

This was the 2nd annual ‘Survivor Series’ event since it started in 1987.

Survivor Series tag team elimination match: The Powers of Pain, The Rockers, The British Bulldogs, The Hart Foundation & The Young Stallions defeated Demolition, The Brain Busters, The Bolsheviks, The Fabulous Rougeaus & The Conquistadors