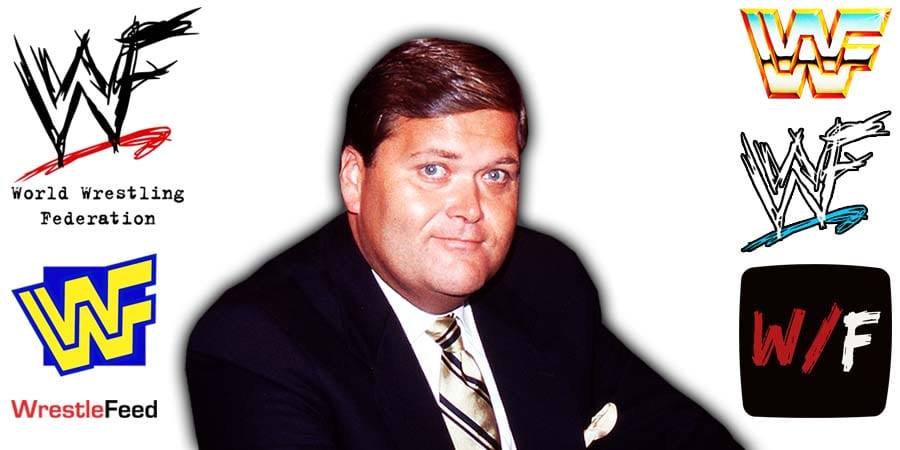 WWE Hall Of Famer Jim Ross announced in October 2021 that he was diagnosed with skin cancer and was going to undergo treatment for it.

During the latest episode of his podcast, Good Ol’ JR gave the following update regarding his health:

“I had a good week regarding my cancer issues. I’m going to start next week with some treatment. I can’t remember what the thing is called. I want to say hyperbaric chamber or something. Something along those lines.

I’m going on Tuesday for my first test run and see how that’s gonna work. They think it will speed up the healing, and if it does, then I win. That’s what I’m looking for.

I’m looking for a few wins in this project, so at least we’re making some progress there. I still think it’s going to be about a year of healing this wound. I’m just tired of dressing it, undressing it, medicating and all this sh*t.

In any event, life is good. I’m alive. I have no cancer, and I’m just healing these burns, and that’s what they are. It looks like I got caught on fire or something. So it’s looking a lot better than it did. So anyway. I’m blessed. I’m better than I was.”

Also Read: Jim Ross Comments On Ace Steel Getting Fired From AEW For The All Out PPV Fight

On this day in 1985, the World Wrestling Federation aired another episode of their weekly TV show ‘WWF All American Wrestling’.

This episode was hosted by Mean Gene Okerlund and included matches & interviews on the road to The Wrestling Classic.

Jesse The Body Ventura vs. Jobber