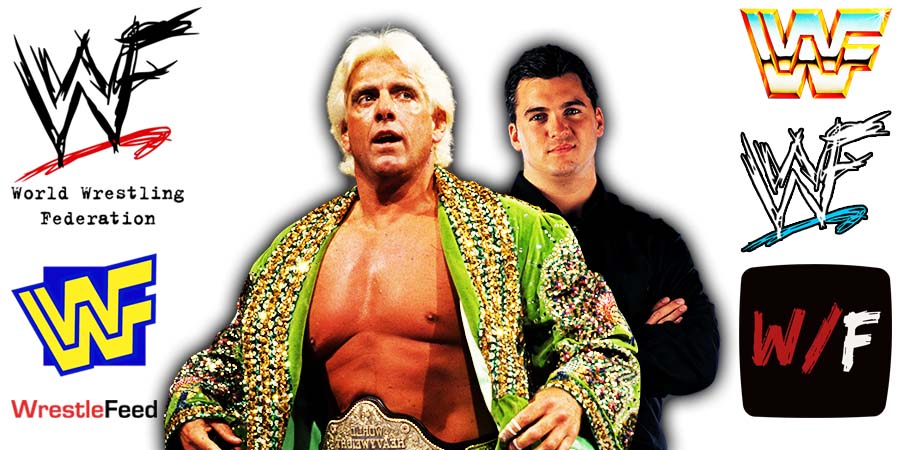 As we all know by now, Shane McMahon was “let go” from WWE by Vince McMahon after what happened at Royal Rumble 2022.

“People in WWE are letting me know that someone should warn Tony Khan what he’s in for if he brings Shane in, because the sense of entitlement, and I don’t know if ego is the right word, that Shane would bring along with him in a company that isn’t WWE would probably be amplified compared to how he was acting on Saturday, which was just basically out of control.”

On his Wooooo Nation podcast, 2-time WWE Hall Of Famer Ric Flair had the following to say about this situation:

“I like Shane McMahon as a person, he has always been great to me my whole life. Of course, I do not have enough good things to say about Vince.

It’s a very uncomfortable topic and situation for me to discuss because I just do not know enough about it.

No, but I really do not see Shane being put through this brief period of humiliation for it to be something that’s not real either.

If your family is as closely knit as they are, why would you let that be the top subject in WWE news for two weeks? I hope it’s a work.”

Also Read: WWE Is Looking For A New Major Attraction For WrestleMania 38 After Shane McMahon’s Exit

– Norman the Lunatic vs. Pat Rose

– Clip – The Road Warrior s vs. The Skyscrapers (From Clash X)

– The Road Warriors vs. The State Patrol

– Doug Furnas vs. Galaxian I

– Clip – The Steiners vs. Doom (Doom is unmasked. From Clash X)

– The Gladiator vs. Keith Hart