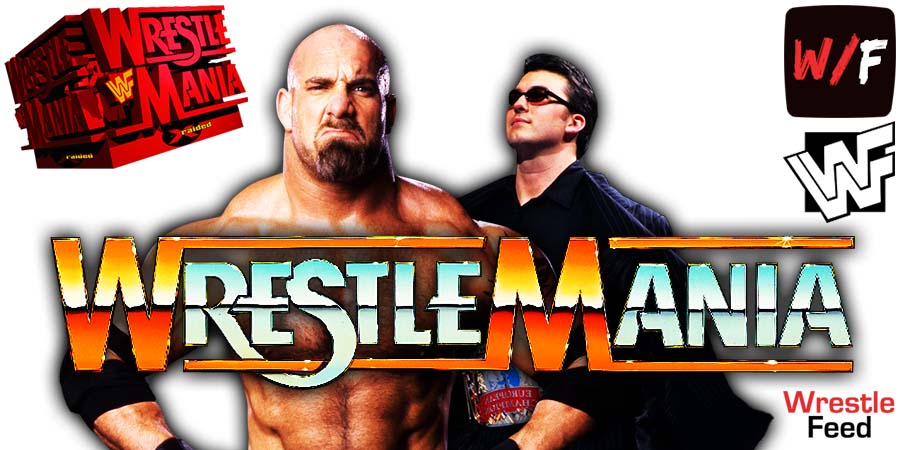 As we have reported before, Shane McMahon was scheduled to have a match at WrestleMania 38.

Shane wanted to face Austin Theory, but WWE Officials had pitched a match against Seth Rollins.

However, none of these matches are scheduled to take place now, as Shane won’t be working WWE’s biggest show of 2022.

According to Wrestlevotes, WWE is now looking for a new major attraction for the Show of Shows:

“Source states the spot Shane McMahon was going to have on the WrestleMania card was to be positioned near the top. Therefore, WWE now needs a new ‘major attraction’ matchup outside of the titles. This goes w/o saying, but the WM card is still in complete flux. It’s quite amazing.”

If WWE is looking to bring a major star from the past back for a big match, then the only option they have is Goldberg, for which WWE will have to sign him to a new deal, as his current contract expires at Elimination Chamber 2022, where he will face Roman Reigns for the Universal Championship.

The following 2 matches have been officially announced for WrestleMania 38 (which will likely be the main events of the 2 nights):

Also Read: WWE Hall Of Famer Predicts The Undertaker Will Be At WrestleMania 38

It was pre-taped at the Frank Erwin Center in Austin, Texas and featured pre-taped matches & storyline segments on the road to the ‘WWF No Way Out 2000’ PPV.

2. Edge & Christian vs. The Dudley Boyz