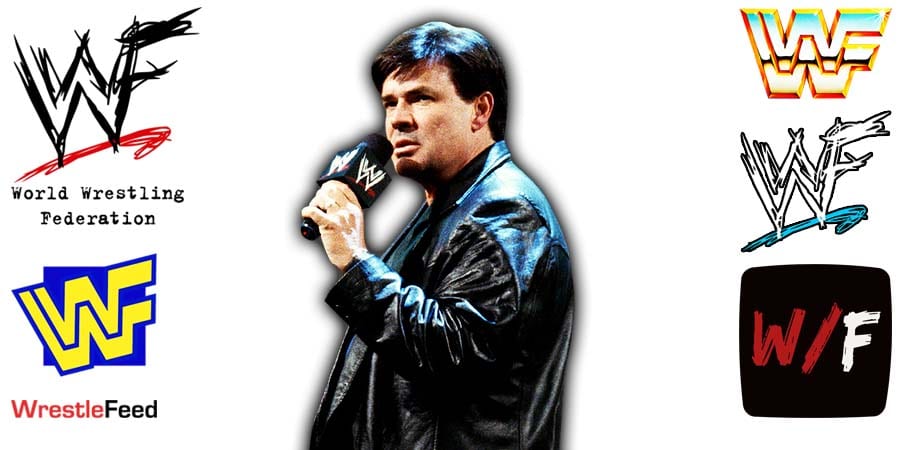 On a recent episode of his weekly ’83 Weeks’ podcast, WWE Hall Of Famer Eric Bischoff shared his opinion on the recent name change of Rick Steiner’s son in NXT 2.0!

Bronson Rechsteiner (his real name) went from Rex Steiner to Bron Breakker, a move most of the fans actually hated, as it took away any recognition of the legendary Steiner Brothers name from him, a name made famous by his father Rick Steiner and his uncle ‘Big Poppa Pump’ Scott Steiner.

“Rick is one of my favorite people from that part of my life and we’re still friends. We don’t chat all the time and all that. Rick and I became pretty good friends in WCW and we became very good friends after WCW. So happy to see [his son in NXT], but I’ve got some issues with the Bron Breakker thing. I kept my mouth shut. The only thing that I said, and it was challenging for me on social media when it happened, I was like ‘I try, I really, really try.’

Oh, there’s no doubt [he’s going to be a star]. I get that they didn’t want to call him Rex Steiner because his real last name is Rechsteiner and nothing lasts forever. Relationships generally don’t last forever, especially business relationships. You have to plan for the inevitable, and I understand why they would want to protect their intellectual property and give Bronson a real character name that they have control over.

I don’t like that, but I understand it. It’s a fact of life whether I like it or don’t like it. The truth of the matter is, the business WWE and AEW are in, you have to protect your intellectual property. I get that. But they just cut a guy by the name of Braun. That’s the part I don’t get. The Breakker part, that’s like a video game kind of mentality. I get why they would do that. I understand it, but I still hate it.

But the Bron part of that, the Bron Breakker after they just got rid of Braun Strowman, man. That’s the part that got to me, and I just want to go bat sh*t livid on Twitter. And I went no, no, then you’re just like everybody else. You’re better than that.”

Also Read: “He’s not a guy that we have to look at and wonder if he’s going to be a star or not” – WWE Hall Of Famer On Bron Breakker

In 1989 & early 1990, Kendo Nagasaki wrestled for Ted Turner’s World Championship Wrestling, reunited with his manager Gary Hart, but this time under a different name, calling himself ‘The Dragon Master’.