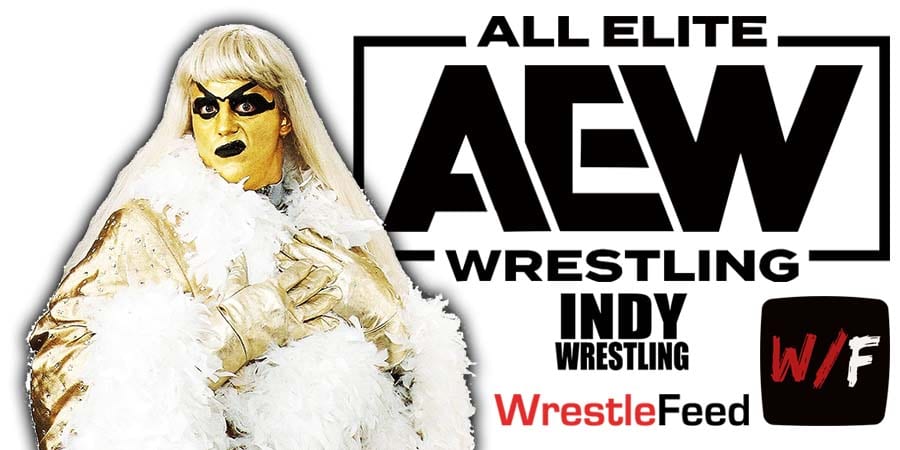 WWE Hall Of Famer Jeff Jarrett recently debuted in AEW and called himself “The Last Outlaw”.

During an interview on the ‘Sports Guys Talking Wrestling’ podcast, Old School WWF/WCW Veteran Dustin Rhodes (fka Goldust), who also works in AEW, wasn’t happy about it and said the following:

Jeff has an extensive background for stuff like this, for the live events, for international distribution, things like that. He’s been behind the camera, in the truck, as a director and running the shows with TNA back in the day. Now he comes aboard to help us out with the live events and in the buildings, I think it’s going to be great and he’s going to make an immediate impact.

AEW, we’re going on 4 years, and we’re growing. We’ve had a lot of stumbles along the way, but we’re getting better and better. Right now, it’s such a great time to be part of the company and something that started from the ground up, and look where it’s at right now. I love watching it when I’m home and there.

Coaching these kids and watching them grow from day one, it’s incredible. These kids have come together and are working like a team. It feels like that team atmosphere.

Somebody complains, every company has that, but for the most part, we are all together and working hard for the same goal, which is to be the best wrestling company on the planet. That’s a tall order, but we’re giving it our best shot.”

Many fans have pointed out on Social Media that The Undertaker called himself The Last Outlaw in 2011.

Like him, Jeff Jarrett also had multiple runs with all 3 promotions in the past.

Jarrett made his in-ring debut in AEW at the Full Gear 2022 PPV. He teamed up with Jay Lethal to lose to Sting & Darby Allin.

Afa used to be one half of the famous 70s & 80s WWF Tag Team ‘The Wild Samoans’ and together with his Tag Team partner Sika, they won the WWF Tag Team Championship on 2 occasions.

He returned to the World Wrestling Federation in 1992 as the manager of The Headshrinkers, but when the team disbanded in 1995, Afa retired as a TV character and became the head coach of his very own Pro Wrestling school, the Wild Samoan Training Facility.