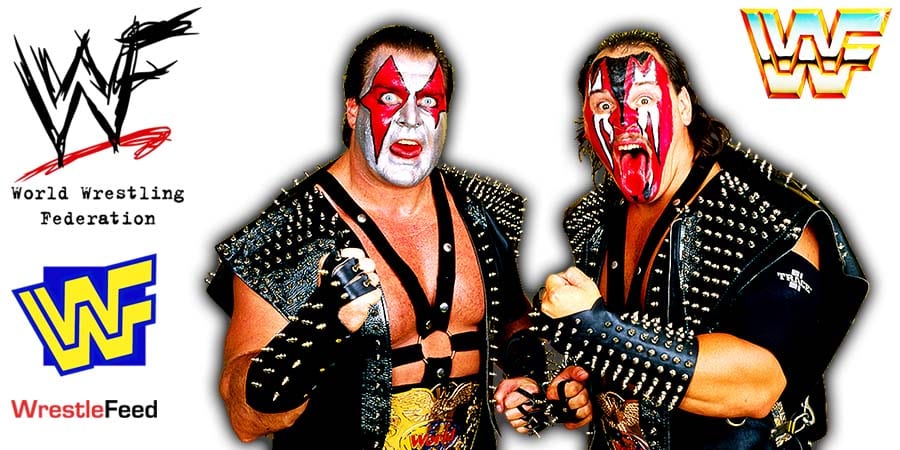 On a recent episode of his weekly ‘Something To Wrestle With’ podcast, Old School WWF Legend Bruce Prichard (Brother Love) talked about the differences between Demolition and The Road Warriors (Legion of Doom in the WWF).

“I never got the Demolition comparison. There were a lot of people who looked at the Road Warriors as a cheap imitation of Demolition.

To me, they both wore face paint. But beyond that, they were two big body guys together and all that and they were different and unique in their own way.”

There were several untelevised house show matches between the 2 Tag Teams in 1990, but the closest encounter they ever had on Television was a 6-man Tag Team match on NBC’s WWF Saturday Night’s Main Event 28 (which aired on October 13, 1990) that included The Ultimate Warrior tagging with Hawk & Animal against all 3 members of Demolition.

Also Read: Brother Love Explains How He Came Up With His Gimmick