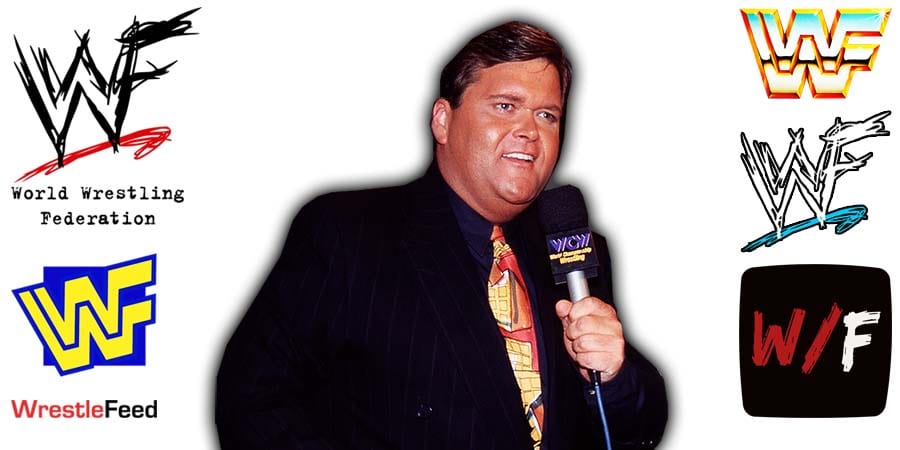 • “I think the steroid thing gets a bad rap. It’s not a death drug” – Jim Ross

On a recent episode of his weekly podcast “Grillin’ JR”, Jim Ross talked about the use of anabolic steroids in professional wrestling.

Just like pretty much everyone with enough knowledge on the actual topic, J.R. realizes that there’s a safe way of using them under doctor’s watch, as opposed to abusing steroids.

Keep in mind that yes, there are side-effects when doing them, but there is not a single documented death that is officially caused by the stand-alone use of anabolic steroids.

Classic Anabolic Steroids (such as Testosterone, Deca Durabolin, …) on the other hand have never killed a single person and are not lethal whatsoever, as long as they are taken stand-alone during the entire cycle, because that way the liver can handle it perfectly fine.

If a steroid user takes any other substances while doing a cycle (mixes the steroids with any of the above mentioned stuff for a certain period of time), then it’s too much for the liver to handle and a stroke or a heart attack will eventually follow.

Also Read: “I couldn’t get that way when I was on steroids” – Undertaker Doesn’t Understand How Some WWE Stars Are So Big Despite Steroid Testing

Here’s what the 2007 WWE Hall of Famer and current AEW commentator said about the topic:

“I think the steroid thing gets a bad rap. It’s not a death drug, it’s not unlike any other pharmaceutical that is consumed without a doctor’s care and supervision.

The thing I’ve always talked to guys about with steroids is we take for granted the schedule that they had and the fact that they do their own stunts, they take flat back bumps hundreds of times a year which your body is not built for and it’s a recovery drug as well. Nobody wants to talk about that aspect of it.

I’m a little bit more benevolent to the steroid issue in general, but I’m not for it to be done without a talent being under a doctor’s care. A lot of guys didn’t want to go to a doctor, some doctors had an open mind.

I’m not advocating for anybody to do it but if you’re going to do it, do it under your doctor’s care.”