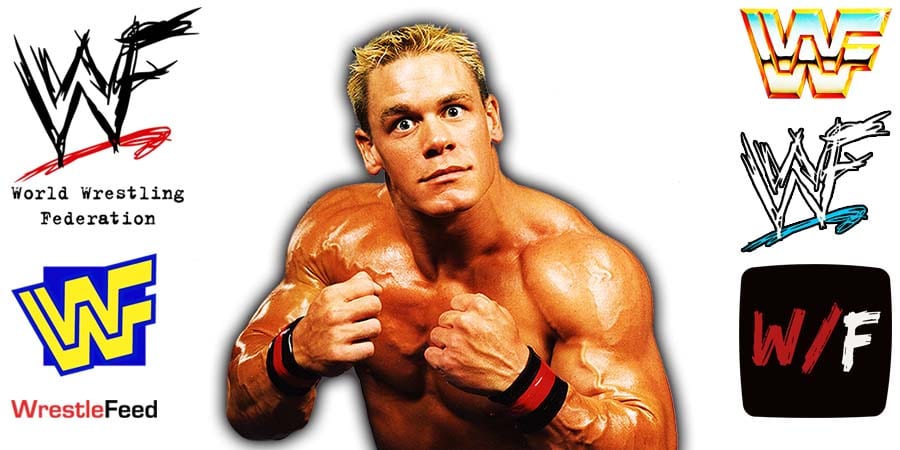 John Cena turning heel was a big topic of discussion back in the day. He teased it at times, but he never turned after he became the face of WWE back in 2005.

During a recent interview with GQ, the 16-time WWE World Heavyweight Champion had the following to say about the idea of his heel turn:

“Would it have been great to be able to mess with the flaws of WWE John Cena? Oh my goodness, I think there’s another 10 years’ worth of story in there, but it’s not my choice. I don’t run the company.”

Earlier this year, Cena revealed on The Pat McAfee Show that Vince McMahon wanted to turn him heel 10 years ago, for his WrestleMania 28 “Once In A Lifetime” match with The Rock:

To play the same character for a long time, that’s a challenge. I loved the challenge, I really loved it when like, early on, you know…I remember Vince toying with the idea of possibly turning me heel for The Rock.

The Rock and I in Miami, and I told him, like, ‘Hey, no problem, 100% I’ll do it, but just remember that this is so…we’re so deep in at this point, we can’t do it and then jump back because we’ll be sunk at both ends, so if we do it, I have to be the opposite of virtue, I have to be pure evil and we have to go all in.’

And from a believability standpoint I’ve always…you know, people always see me in uniform, go figure that. If you didn’t see me in a suit in WWE, you saw me in a ballcap, t-shirt, jean shorts, sneakers. You saw me in uniform because I want people to know that what they see is somebody they can relate to.

And [Vince McMahon] decided against [the heel turn]. It’s at that point, he was like, ‘Listen, I don’t think we’re ever gonna do it.’”

This episode was pre-taped at the Civic Center in Huntington, West Virginia and featured matches & storyline segments on the road to the ‘WWF WrestleMania 12’ PPV.