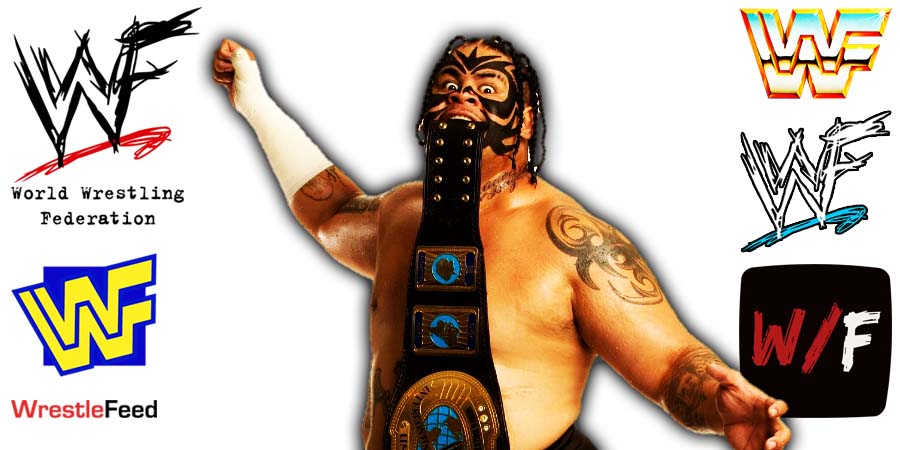 • “I tried. I couldn’t do anything” – Vince McMahon Was Torn Apart By Umaga’s Death

In this flashback article, we take a look at Chris Jericho having a conversation with former WWE writer Court Bauer about late WWE Superstar Umaga on his Talk Is Jericho podcast.

Court Bauer on working with Umaga:

“Ekkie and I got on the phone and we just figured out the Umaga character, kind of tipping our hat towards the past, but very forward, future centered, and that to me was probably the highlight.

He was just an awesome guy. It was awesome to see him breakout. And what a big first splash with [Ric] Flair, and he did stuff with [John] Cena, and we needed a big main event attraction.

Chris Jericho on Vince McMahon’s reaction to Umaga’s death in 2009 due to a heart attack:

“I vividly remember when he passed away.

We were in Saudi Arabia. Not Saudi Arabia, sorry, Iraq, doing the Tribute To The Troops. And I remember how legit sad Vince was about it because, at the time, I think they had let him go because he wouldn’t go to rehab and I remember Vince really saying, like, ‘I tried. I did not want this to happen. I couldn’t do anything. Like, if you’re not going to do it on your own, there’s nothing we can do.’

But, he was, like, legit torn up about it because I think Ekkie, in [McMahon’s] mind, had so much more he could have done if he hadn’t fallen into those traps that happen to so many of the brothers over the years.”

Also Read: Rikishi Wants Umaga In The WWE Hall Of Fame Class Of 2022

This episode was pre-taped at the Civic Center in Montgomery, Alabama and featured matches & storyline segments on the road to the ‘WCW Starrcade 1996’ PPV.

3. David Taylor vs. The Gambler