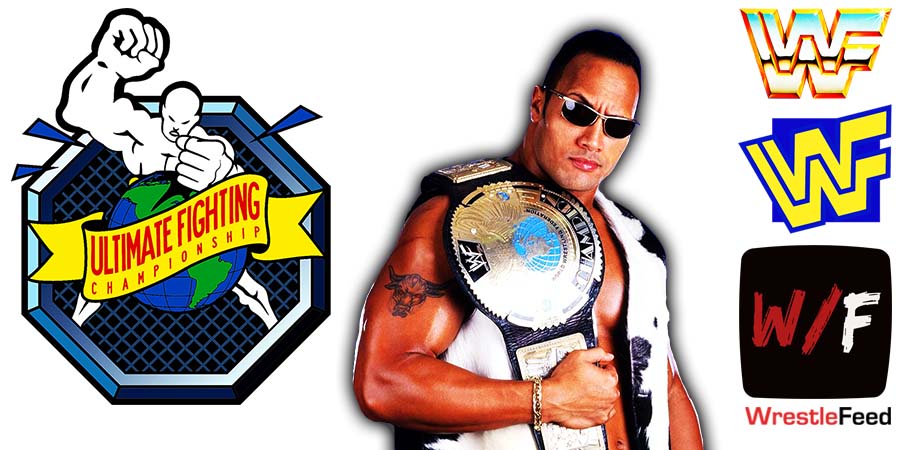 UFC Commentator Joe Rogan has been accused of spreading misinformation about COVID-19 on his podcast.

Rogan then posted a video on his Instagram, where he talked about wanting to have “interesting conversations with people that have differing opinions” and not always getting it right, but trying his best.

The Rock showed support for Rogan by commented the following under this video:

“Great stuff here brother. Perfectly articulated. Look forward to coming on one day and breaking out the tequila with you.”

The People’s Champion got a lot of heat for supporting Rogan, as Rogan’s past use of the N-word on his podcast on several occasions went viral.

This is who the right is defending. pic.twitter.com/qqaB12dFYz

Author Don Winslow then tweeted the following to Dwayne Johnson:

You’re a hero to many people and using your platform to defend Joe Rogan, a guy that used and laughed about using the N word dozens of times, is a terrible use of your power.

Have you actually listened to this man’s many racist statements about Black people?”

The Rock then replied:

Thank you so much for this. I hear you as well as everyone here 100%.

I was not aware of his N word use prior to my comments, but now I’ve become educated to his complete narrative.

Learning moment for me.

Mahalo, brother and have a great & productive weekend.

However, this wasn’t it. The Rock continued getting heat because prior to this, he tweeted the following to a woman regarding this situation:

You’re all over my timeline so I wanted to share some context with you so hopefully you’re no longer triggered by headlines you read.

I thought his response was contrite and more importantly, open to change to becoming better.”

“I am glad you finally now see the racists comments by Rogan and can address this. Also, I don’t get ‘triggered’ so maybe stop that.”

“And here we are. When a woman says something to @TheRock, he calls her ‘triggered’. When a man does the same. Dwayne bends over backward to be nice to *him*.”

The Great One then apologized to Cheri:

I owe you a sincere apology.

I didn’t show up the way I would’ve liked to in our dialogue and my language to you was offensive.

Thank you and your followers for all the dialogue here.

Have a great & productive weekend.

Cheri then accepted The Rock’s apology:

“Thank you, @TheRock. I appreciate the apology. Your voice is powerful, and words matter. I will have a great & productive weekend and hope you do, too.”