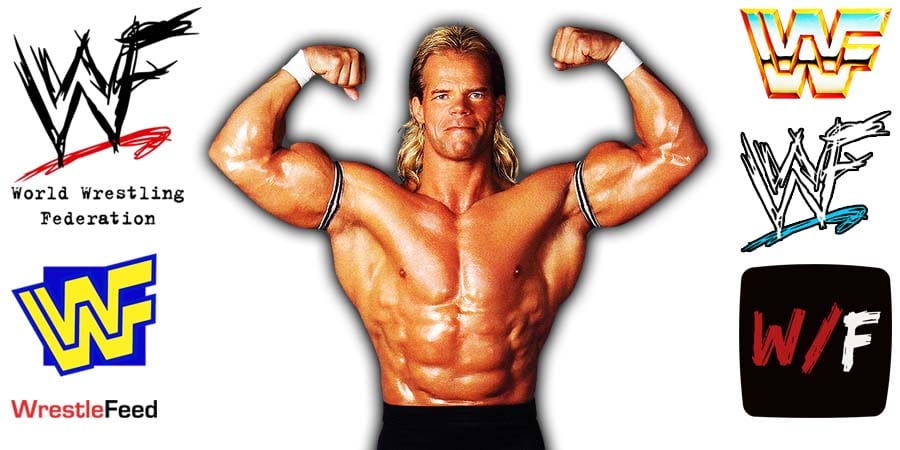 During a recent appearance on the ‘Pro Wrestling 4 Life’ podcast of X-Pac (Sean Waltman fka The 1-2-3 Kid), Lex Luger spoke about leaving the World Wrestling Federation in 1995 to join Ted Turner’s World Championship Wrestling and show up as a surprise on the debut episode of WCW Monday NITRO.

The Total Package revealed that he regrets not telling Vince McMahon that he would leave the promotion, but instead kept it a secret, which he was asked to do by WCW President Eric Bischoff.

You can watch his surprise appearance on NITRO below:

“It was hard to keep a secret, so Eric wanted to be totally secret to leave.

I was still negotiating on a handshake to stay in the WWF, and for me to walk out there and not give any notice to Vince, looking back now, I wish I hadn’t done that.

I did what I thought was best at the time for my career. Me, myself, and I.

Hopefully if I’d have done it again, I wouldn’t have done that to Vince. I felt, even back then, felt really bad about that.”

Also Read: Lex Luger On Why He Didn’t Win The WWF Championship At SummerSlam 1993

It was broadcasted from the World Arena in Colorado Springs, Colorado and featured matches, interviews & storyline segments on the road to the ‘WCW Slamboree 1998’ PPV.

– The Barbarian vs. Wayne Bloom

– US Title: Bill Goldberg vs. Raven