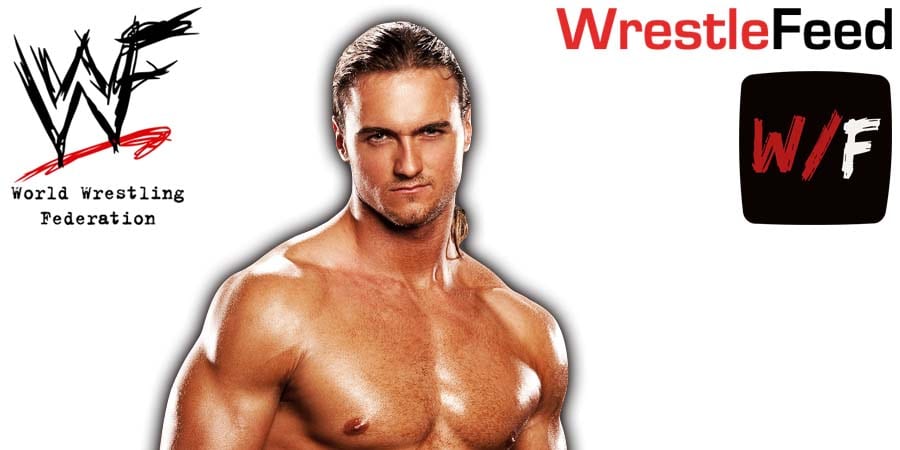 • “If he throws that right hand, I might go down” – Drew McIntyre Wants A Mega Match

Tyson Fury is one of the best professional boxers on the planet right now.

Here’s what The Scottish Warrior replied:

“It’s very serious. It makes sense. That’s the thing, I can’t just book matches myself. I can only throw things out to the universe and see what goes down.

But if it makes sense from a business perspective, and I personally think it does, Tyson Fury is very much on-board, I can tell by the banter.

If he throws that right hand, I might go down. But I don’t care! As long as the event happens, I’ll say whatever it takes to get it going, get people talking.”

In an interview in March, Tyson Fury revealed that he was scheduled to face McIntyre at a WWE PPV in the United Kingdom in 2020, but that plan got cancelled due to the COVID-19 pandemic.

– Johnny B. Badd vs. Brian Harkrider