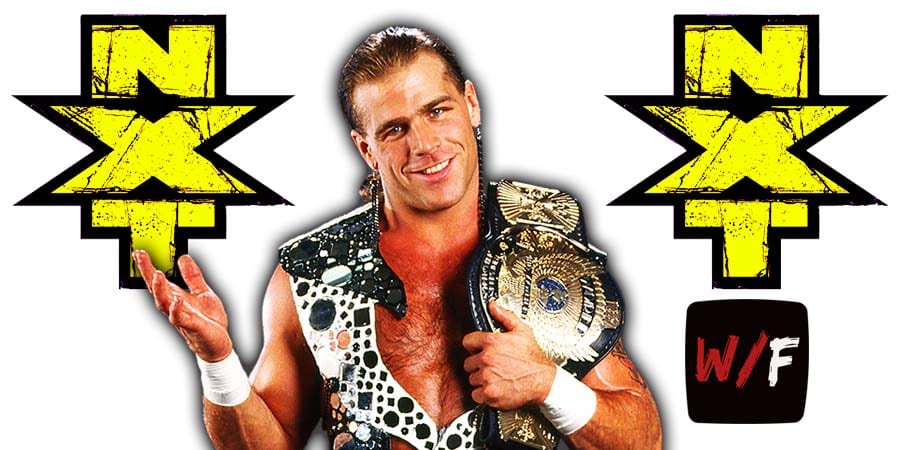 • “If it’s a good idea, I’ll steal it from anybody” – Shawn Michaels On His NXT Strategy

During a recent interview on The MMA Hour, WWF Legend Shawn Michaels talked about his goals for the NXT brand, which he’s currently in charge of.

Michaels stated that NXT’s focus is on developing young talent, and WWE is ready to steal ideas and even talent, as long as it benefits them.

Here’s what HBK had to say:

“Right now, it certainly is about development, but that is certainly not for the standpoint of forsaking real talent and real ability.

You’re crazy if you don’t see people who are out there that are very valuable that you know can be valuable to the WWE. Even if it’s coming into NXT and maybe getting a feel for how life is in WWE and then quickly moving on.

I know it sounds cliché and maybe not honest, but nothing really is off the table. If it’s a good idea, I’ll steal it from anybody.

If there’s a really talented guy out there, and we think he can help this company, we’re crazy not to take it. We can still develop people at the same time. All of our younger talent is going to benefit from being in the ring with those guys, even if it’s just a handful of times. They’re gonna get such experience from that.

I never want to take it off the table, not getting guys out there that can really contribute to RAW or SmackDown in the future.

All of this is about feeding the machine. At the forefront, I’m more focused on developmental, on developing the young men and women that we have pass through here, getting them prepared for the main roster.

In the process, if we’re able to build back this brand where we can get back in those arenas and start selling them out, that’s a bonus. I can’t say that’s the goal right now. To me, I’m focused on the development of these young men and women.

The more people we get that have experience, and we can filter through our system, it’s only going to help.”

The Showstopper eventually came out of retirement for one match on November 2, 2018 at the WWE Crown Jewel pay-per-view in Saudi Arabia.