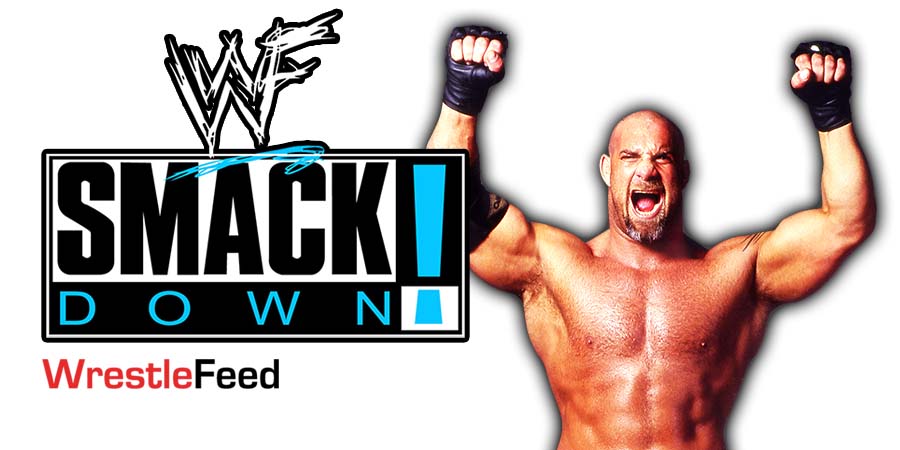 During a recent interview with DAZN, WWE Hall Of Famer Goldberg said he doesn’t have creative control in WWE and does whatever Vince McMahon wants him to do.

However, if the WWE Officials ever ask him to give a list of wrestlers he would like to face, he said Big E would definitely be on that list.

“I do what my boss asks me to do to the best of my ability, and then I ask for them to point me in the next direction. I’m not a booking agent. I’m not on the booking committee. They don’t pay me to be in creative.

Now, if they ask my opinion on something, I’m sure as hell going to give it to them, or an idea, a direction, or a list of who I’d like to face. No one’s ever asked me. But if they did, I would not hesitate for two seconds to list at least two of the three that you mentioned.

Big E has to be on that list. I’ve watched him for years develop, and I’m very proud of him. I do remember when he was in my autograph line 150 years ago, as a little kid having aspirations of doing things that he’s doing now.

The road that he’s taken and the hard work that he’s put towards it, he’s reaping the benefits, and I’m extremely proud of him. I’m very happy for him. There are still people that I need to smash up. And you brought up a very good list for sure.”

As we noted earlier, Goldberg wants to face John Cena after SummerSlam is done.

Also Read: Goldberg Praises Riddle, Interested In Facing Him In A Match