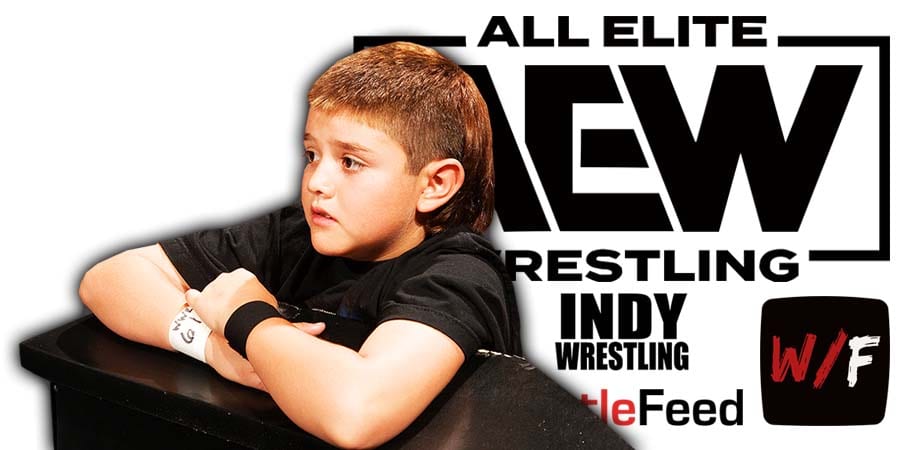 • “I’m really proud of him. He taught me a lot” – AEW Star On Dominik Mysterio

Current AEW Manager Vickie Guerrero, who we all remember as the widow of WWE Hall Of Famer Eddie Guerrero, recently appeared on the ‘It’s your House’ podcast, where she talked about the 2005 storyline between Eddie and Rey Mysterio about the custody of Rey’s son Dominik Mysterio, who was a little kid back then but has since grown into a full-time WWE Superstar and is currently the SmackDown Tag Team Champion along with his father.

Here’s what Vickie had to say about Dominik:

“He was such a natural, just like with my girls, they were all involved with the wrestling product every Monday and Friday, Dominik and my girls. It was very easy for them to follow the storylines especially when Rey and Eddie were performing.

We just kind of followed suit to enjoy the storyline so Dominik was, he was incredibly talented. He shows today how far he’s been, succeeding in the wrestling industry.

So to see him become this great character on his own, I had no doubts about that because I just saw him as a kid, he wasn’t scared of the camera and kept all the direction really well.

I think that’s just something that was just really easy for him and I’m really proud of him. He taught me a lot and we were all learning together. To see how he’s grown, is just incredibly fascinating to me.”

In 1998, he was a part of the ‘Stone Cold vs. DX’ feud, including appearances at the Royal Rumble & WrestleMania XIV, a storyline that is considered to be partially responsible for the WWF breaking WCW’s 84-week Monday night TV-rating winning streak.

In 2012, Mike Tyson was inducted into the WWE Hall of Fame by DX members Shawn Michaels & Triple H.