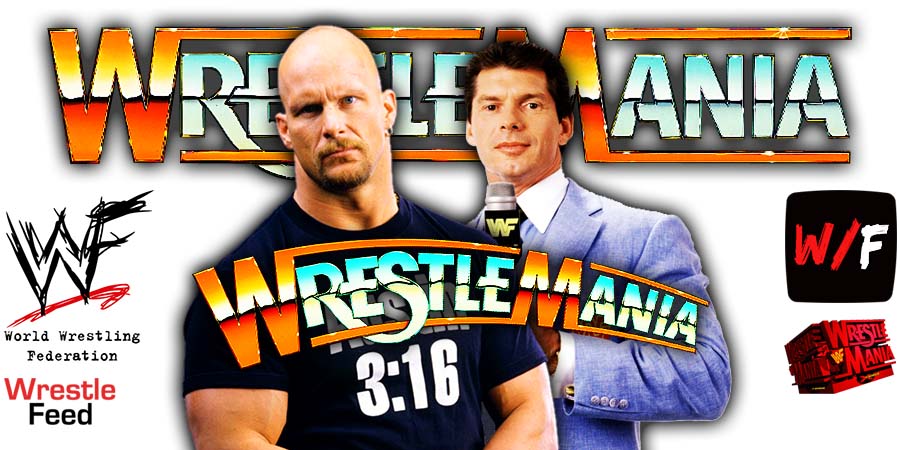 During a recent episode of his podcast, WWE Hall Of Famer Kurt Angle talked about WrestleMania 38.

Angle gave his thoughts on Vince McMahon botching the Stunner from Stone Cold Steve Austin on Night 2 and what went wrong.

“Yeah I gave him a hug, said good luck to him, I didn’t see him afterward. I’m sure he was a little pi$$ed off about Vince and the way he took the Stunner.

It was crazy because Austin was chugging these beers and you could see his lips saying ‘that motherf**ker’.

With Austin, he didn’t expect the boot to the gut, he just thought he was going to take the Stunner.

So when Steve booted him, Vince went to his knees, and then Steve had to pick him back up and he tried it again and Vince backed into the ropes. It was a disaster. I just wanted to get it over with.”

On this day in 2016, we lost Old School WWF WWF Attitude Era Diva “The Ninth Wonder of the World” Chyna (Real name: Joan Laurer) at the age of 46 due to an alcohol & drug overdose.