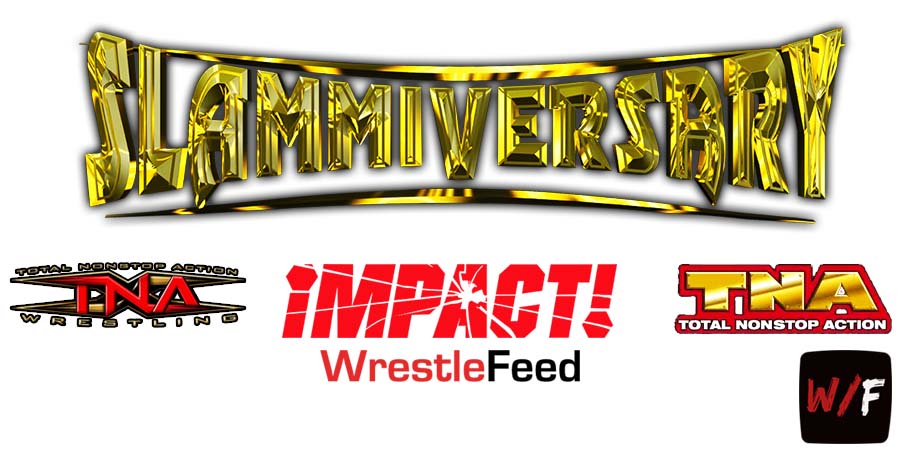 Impact Wrestling (fka TNA) celebrated their 20th anniversary with their Slammiversary 2022 PPV tonight, which aired exactly 20 years to the date of their first show ever.

The following TNA Legends appeared via video to talk about their time in the company and congratulate them on completing 20 years:

– Sting (currently wrestles as a part-timer in AEW)

Check out what @AJStylesOrg had to say about being voted the most IMPACTful X Division wrestler of the past 20 years!#Slammiversary #IMPACT20 pic.twitter.com/8uIK0Dhhty

After the match, America’s Most Wanted returned. James Storm said that he and Chris Harris both know fighting and drinking, and since both teams in the match have been beating each other up, they might as well be drinking. Storm told the haters who doubted that TNA and Impact Wrestling would last 20 years – sorry about your damn luck!

Dixie Carter returned prior to this match and announced Davey Richards as the final man for Impact Originals.

It was pre-taped in Canton, Ohio and featured matches, promo videos, interviews & storyline segments on the road to the ‘WWF King of the Ring 1994’ PPV, that took place later on the same day.