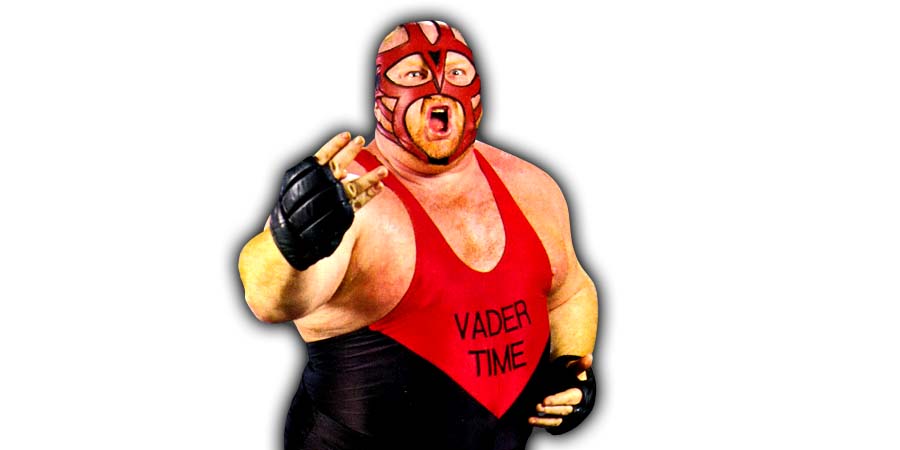 On this day in Pro Wrestling history on April 29, 2001, the World Wrestling Federation aired ‘Backlash 2001’ LIVE on PPV from the Allstate Arena in Rosemont, Illinois.

• Impact Wrestling Star Takes A Shot At Vader For Being Rough With A Jobber, Jim Cornette Reacts

Kenny Omega recently had a match with enhancement talent on AEW Dynamite, that fans thought went too long.

Give me Kenny Omega making his enhancement talent look credible and a threat over Vader taking liberties on a guy just trying to get a job. Thankful that the bully culture in wrestling has declined and that we’re evolving past it. https://t.co/fPe3L0O4Jq

Morning thoughts on Dick Boy: 1. A grown man using the term "bully culture" is a pussy. 2. He BETTER be glad wrestling's changed or his ass wouldn't be allowed in it. 3. There is Evolving and DEvolving. 4. @JoeyRyanOnline is an insufferable whiny douche & needs his pussy powdered https://t.co/IfdxXPbY0k

The gentlemen he wrestled was in no place to cover up or fight back without getting heat on himself. Having numerous peers and colleagues careers shortened by head injuries, I’m thankful it doesn’t need to be this way anymore.

Every1 has a spot on the card & @JoeyRyanOnline has his. Different flavors and maybe this isn’t his. When pops was green with AWA he was in the ring with Brody and Stan A LOT. Connecting the dots but Pops made his believable just like Brody/Stan did. Pops resume:13 WorldTitles? https://t.co/1t1oYAFCT8

On an additional note… Pops and @KennyOmegamanX in @njpw1972 at the Tokyo Dome both in their primes woulda been $$$.

Would have been an incredible honor. Personal dream match, (especially in that setting). https://t.co/tEW5HHzrVp