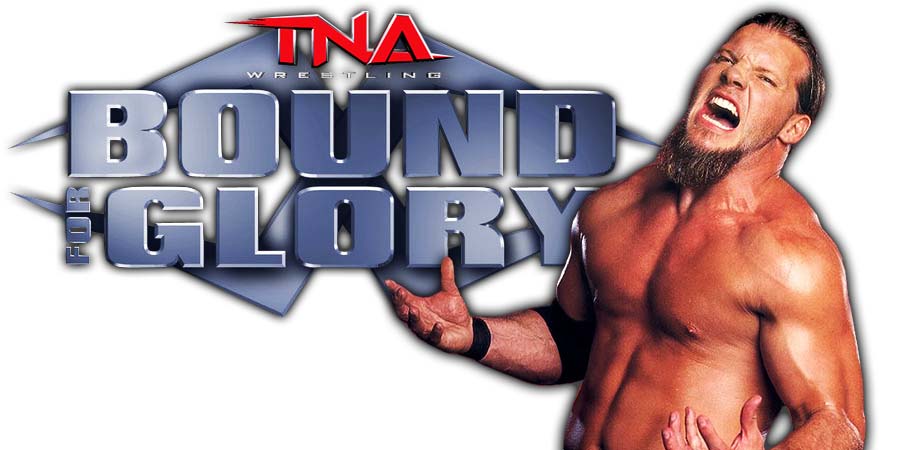 According to the No Holds Barred podcast, it’s almost confirmed that Old School WWF Legend Chris Jericho will make his Impact Wrestling debut at this Sunday’s Bound For Glory 2018 PPV.

Also, a few more surprises are expected to take place at Bound For Glory 2018.

In an update to this, Ringside news is reporting that Impact Wrestling officials want to sign Jericho to a short term deal, where Jericho will be obligated to work 6 dates for the company.

Jericho would still be able to work for other companies (like New Japan Pro Wrestling) while being signed to this deal.

Below is the match-card for this Bound For Glory 2018: