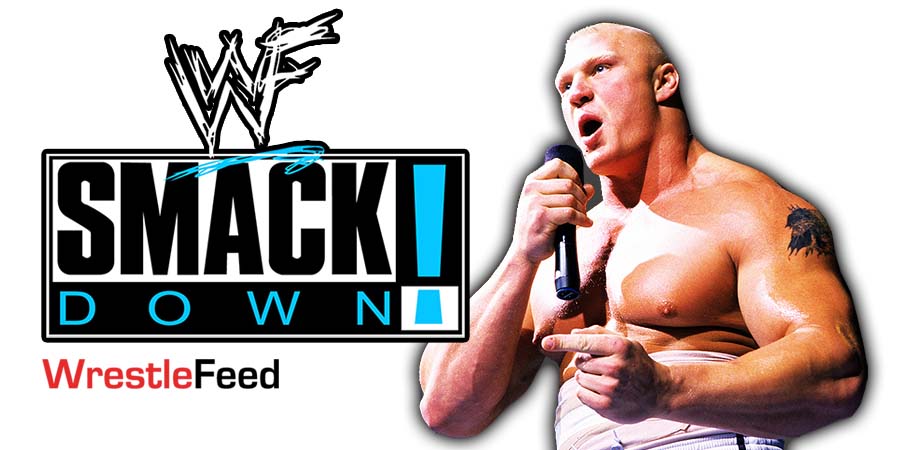 On next week’s episode of “Supersized” SmackDown, Sonya Deville will return to in-ring competition after over a year, when she faces Naomi.

Her last match took place at SummerSlam 2020, where she lost to Mandy Rose in a “Loser Leaves WWE” matches. After losing that match, she went on a hiatus from WWE to deal with her stalker problem.

Below is the card for next week’s show:

– Brock Lesnar will appear on the show

– Carmella vs. Zelina Vega in a Queen’s Crown tournament match

– Finn Balor vs. Sami Zayn in a King Of The Ring tournament match

This episode was broadcasted from the Van Andel Arena in Grand Rapids, Michigan and featured matches, interviews & storyline segments on the road to the ‘WWE Cyber Sunday 2007’ PPV.