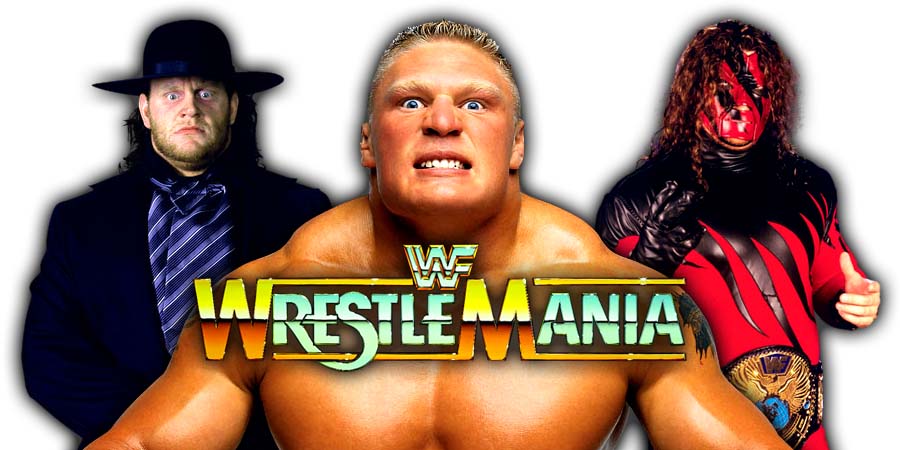 WrestleMania 34 ended up being one of the most shocking WWE events in recent history. Let’s take a look at some interesting facts from WrestleMania 34:

• Stephanie McMahon made her in-ring WrestleMania debut last night despite being a wrestler in the company since the Attitude Era.

Roman Reigns is the owner of a new streak: “Roman Reigns has competed in the final match of WrestleMania in each of the last three years, tying John Cena and The Rock. Hulk Hogan holds the record with four consecutive main events. Could The Big Dog tie him this year?”

While the match with Yokozuna at WrestleMania 9 was an impromptu match, it still counts as a main event.

• Former WWE Champion Bray Wyatt made history at last night’s WrestleMania 34, but for the wrong reason.

Wyatt did appear during the WrestleMania 34 Kickoff show to help WOKEN Matt Hardy win the 5th annual Andre the Giant Memorial Battle Royal, but he wasn’t a part of the match.

There are 5 other wrestlers would fall into this category, but it should be noted that they weren’t active during next year’s WrestleMania (as they were either injured, retired or left the company). Below is that list:

– Shawn Michaels (won the the WWF Championship at WrestleMania 12)

• Elias was originally scheduled to be a part of the Andre the Giant Memorial Battle Royal, but was pulled from the match. He ended up appearing in a segment with John Cena later on the main show and got laid out by Cena (this was prior to The Undertaker coming out to have his match with Cena).

• Kavita Devi made history by becoming the 1st women from India to compete at WrestleMania. She was a part of the 1st ever WrestleMania Women’s Battle Royal on the Kickoff Show.

For those who don’t know about her, she’s the first female wrestler from India to compete in WWE and was a part of the Mae Young Classic tournament.

WWE’s YouTube video of her match in that tournament went viral and has gained almost 22 million views till now! This video outdrew all the videos of top WWE stars (John Cena, Brock Lesnar…) in the week that it was posted it.

• Carmella became the 1st woman ever to be eliminated from the WrestleMania Women’s Battle Royal (which will now be an annual tradition).

• Brock Lesnar won the battle of the “2” in The Undertaker’s “24-2” WrestleMania record by defeating Roman Reigns.

• Kane competed in his 19th WrestleMania match last night. He was a part of the Andre the Giant Memorial Battle Royal on the Kickoff show and was eliminated by Baron Corbin.

• Shinsuke Nakamura failed to join an elite class of wrestler by failing to win the WWE Championship match last night.

If Nakamura would have won, he would’ve joined WWE Hall of Famer Yokozuna and current Universal Champion Brock Lesnar in a very elite class of wrestlers who won the WWF/E Championship in their WrestleMania debut.

Yokozuna won the WWF Championship in his WrestleMania debut back at WrestleMania IX in 1993 by defeating Bret “Hitman” Hart.

Brock Lesnar won the WWE Championship in his WrestleMania debut back at WrestleMania XIX in 2003 by defeating Kurt Angle.