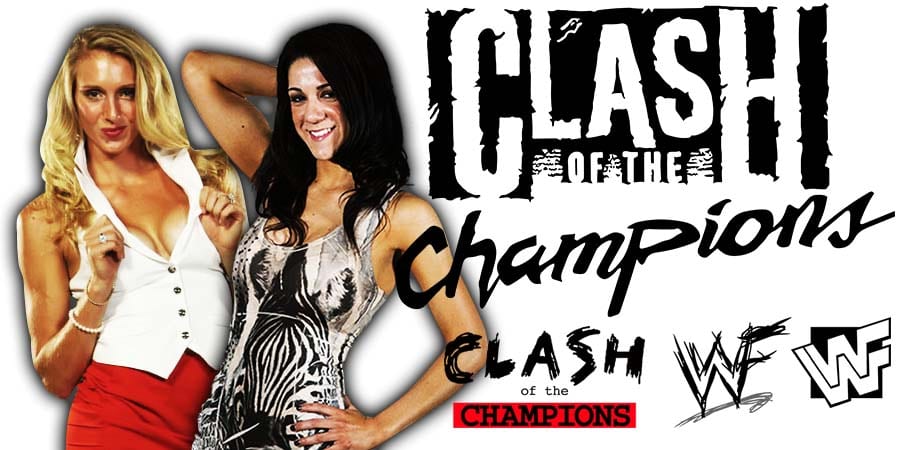 Highlights Of The Feud Between Steve Austin And Ricky Steamboat

Interview w/ Hulk Hogan From The Gulf Of Mexico

The War Games Rules Are Discussed

Highlights Of The Feud Between Dusty Rhodes And The Studd Stable

At WWE Clash Of Champions 2019 pay-per-view this past Sunday, Bayley defeated Charlotte Flair to retain the SmackDown Women’s Championship.

However, Bayley cheated to win the match as she exposed the bottom turnbuckle while the referee wasn’t looking and sent Charlotte face-first into it and then pinned The Queen to pick up the win.

During the match, Charlotte grabbed Bayley’s buns to lift her up and it was quite the sight to see for people who are fond of Bayley’s “assets”.