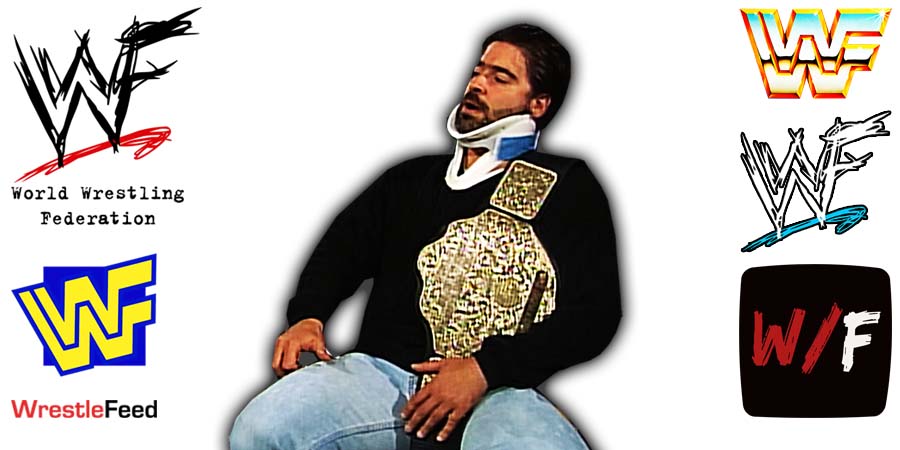 • Is Vince Russo Coming Back To WWE After A Recent Conversation With Vince McMahon?

Old School WWF/WCW/TNA writer Vince Russo was interviewed by Wrestle Buddy and revealed that he exchanged messages with WWE CEO Vince McMahon, who allegedly said that Russo no longer has any heat backstage with anyone in WWE.

“It’s really weird with Vince because we don’t have a relationship. So I wrote to him and here’s what I said, ‘Do I have any heat with you? Because if I do, I don’t know what that heat is and I don’t understand why. It’s kind of like Vince Russo has become the enemy. So can you explain that to me?’

So bro, Vince [McMahon] did write me back. He says, ‘You have no heat whatsoever’. I said, ‘Okay fine. If I have no heat, I’m just offering this to you. If you want me to take a look at the show, critique it, if you want me to look at certain characters or whatever, I’m definitely open to doing that.’”

Russo left the WWF in the fall of 1999 to join World Championship Wrestling and replace Eric Bischoff, but it didn’t work out and he was eventually let go by WCW in late 2000.

Is Russo actually getting another chance in WWE in the future? While it’s still highly unlikely, we’ve learned that in pro-wrestling you should ‘Never Say Never’.