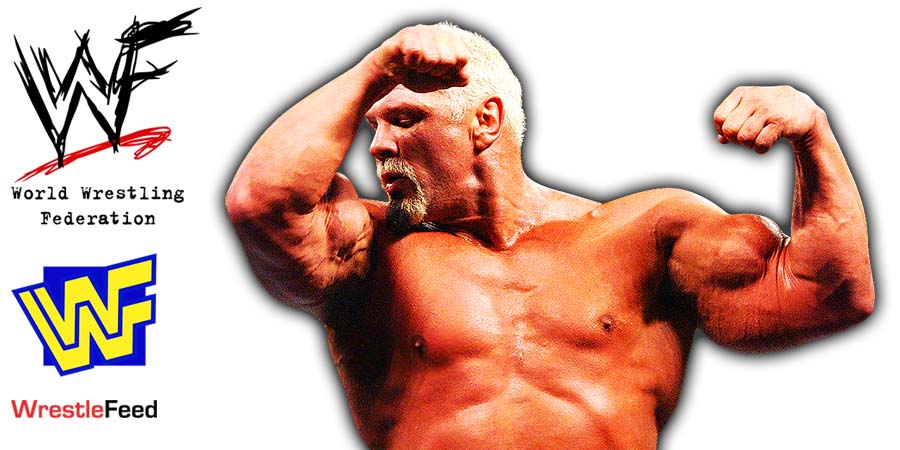 “Big Poppa Pump” Scott Steiner cut a promo on the May 1, 2008 episode TNA IMPACT, which has become iconic and is simply known as “Steiner Math” promo now.

Scott was scheduled to compete in a 3-way for the TNA World Heavyweight Championship at the Sacrifice 2008 pay-per-view, with his two opponents being Kurt Angle and Samoa Joe.

Steiner then went on to cut the following promo about this match and his opponents:

“You know they say that all men are created equal, but you look at me and you look at Samoa Joe and you can see that statement is not true.

See, normally if you go one on one with another wrestler, you got a 50/50 chance of winning. But I’m a genetic freak and I’m not normal! So you got a 25%, AT BEST, at beating me.

See Joe, the numbers don’t lie, and they spell disaster for you at Sacrifice.”

During an interview with The Bullet Cast, Steiner was asked if he ever thought this promo would go viral.

Below is what the Big Bad Booty Daddy said:

“No, I don’t think you can ever do an interview and think it’s gonna last forever the way it did. But no, it took off. People still enjoy it today. So, it’s great and it made sense.”

You can watch the complete Steiner Math promo below:

By the way, at Sacrifice 2008, Samoa Joe won this match and retained the TNA World Title!

It was broadcasted from the Mississippi Coast Coliseum in Biloxi, Mississippi and featured matches & storyline segments on the road to the ‘WCW Halloween Havoc 1997’ PPV.