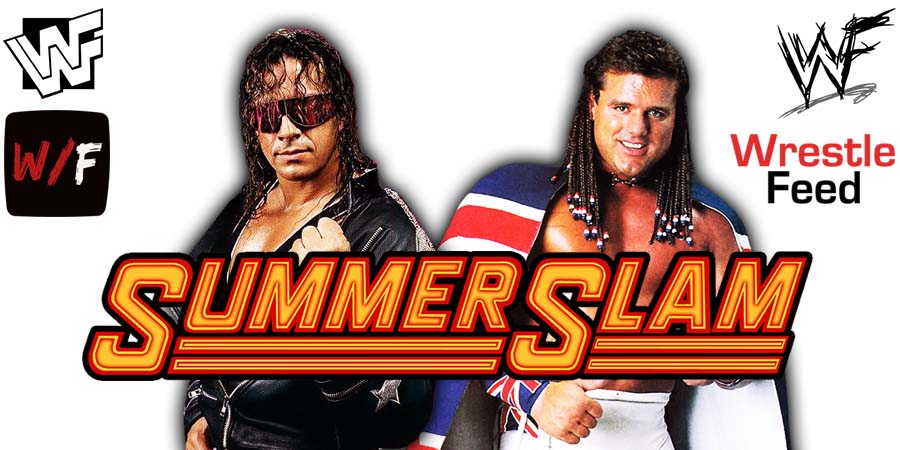 The WWF SummerSlam 1992 pay-per-view took place at the Wembley Stadium in London, England.

80,355 Fans attended this event and the tagline was “The SummerSlam You Thought You’d Never See!”

During a virtual signing with Highspots Wrestling Network, 2-time WWE Hall of Famer Bret Hart, who lost the Intercontinental Title to The British Bulldog in the main event of this PPV, had the following to say about this event:

I wish I could have been a fan and been there for that day even though I think my match was probably the only one worth watching.”

Below are the results from the main show of SummerSlam 1992:

– Shawn Michaels vs. Rick Martel ended in a double count-out

– The Undertaker def. Kamala via DQ

It was pre-taped at the Staples Center in Los Angeles, California and featured matches, interviews & storyline segments on the road to the ‘WWE Survivor Series 2006’ PPV.

5. The Undertaker vs. Gregory Helms