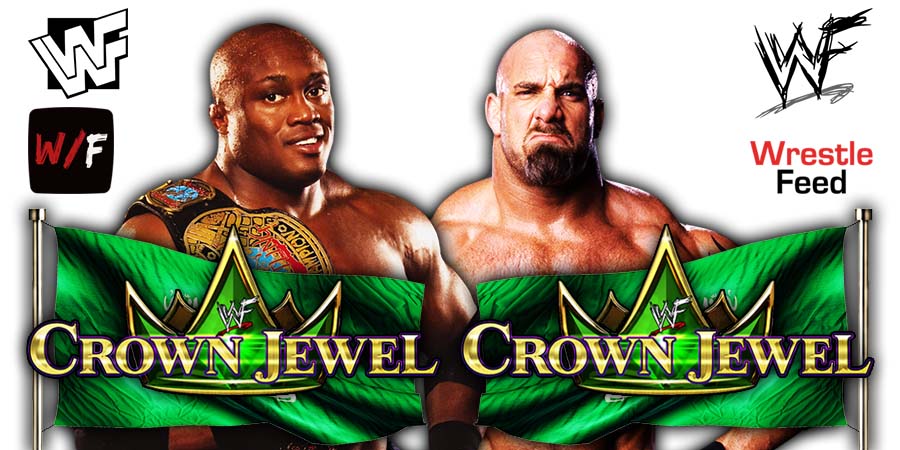 • “It makes no sense. They know you’re not going to deliver” – Eric Bischoff On Goldberg’s Promo On Bobby Lashley

Bischoff explained why Goldberg saying that he’s going to “kill” Lashley in their No Holds Barred match, for putting his hands on Gage (Goldberg’s son), is a bad thing for the storyline.

“The minute that happens, you’ve lost the audience. I don’t know how to say this without saying it so I’ll take whatever sh*t I take, but they know you’re not going to deliver.

It makes no sense, it’s not artistic, it’s not creative, you’re not building anticipation, you’re not creating a stake, you’re not giving us a unique insight into your personality. You’re just saying something a 15-year-old or 16-year-old would say to somebody else as they’re getting their a$$ kicked in a school yard somewhere.”

Eric Bischoff is responsible for the original WCW booking of Goldberg since his debut in 1997, which led to the famous winning streak, that lasted until the Starrcade 1998 PPV.

It was broadcasted from Birmingham, Alabama and featured pre-taped matches & storyline segments on the road to the ‘WWF No Mercy 1999’ PPV.

1. Handicap Match: Kane vs. The Acolytes

6. The Godfather vs. Mideon