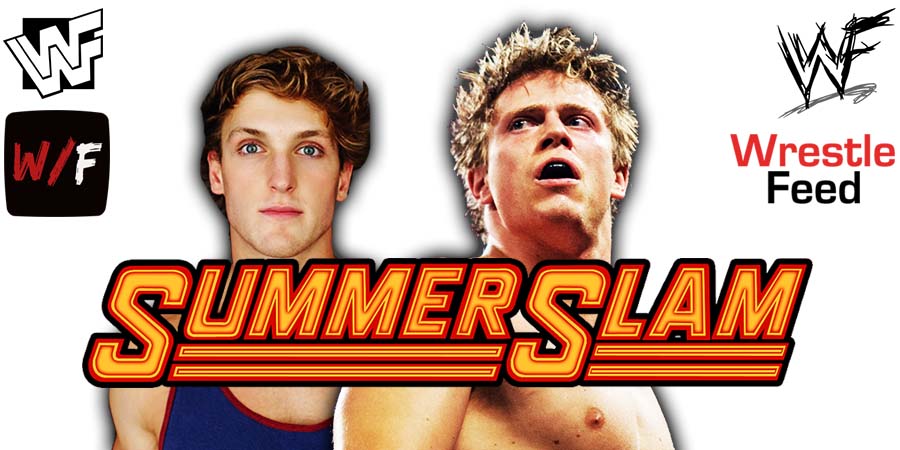 Social Media Superstar Logan Paul, who recently signed with WWE, had his 1st singles match at SummerSlam 2022, where he defeated former 2-time WWE Champion The Miz.

Logan impressed many fans with his performance, especially given the fact that this was only his 2nd pro-wrestling match.

Paul posted the highlights from his match on Twitter and wrote:

Majority of Logan’s social media followers are non-wrestling fans, so they had the typical “WWE is fake” response to Logan’s video.

You can read some of the comments below:

“When you can’t win the real thing do the fake version of it.”

“Couldn’t win a real fight so you had to go to staged fake wrestling.”

“Now you and your brother can both fight fake fights.”

“Do people know WWE is fake (not real)?”

“Some of the stuff looks nuts but I can’t get over how it’s scripted and the punches are fake.”

It was pre-taped in California and featured matches, interviews & storyline segments on the road to the ‘WWF SummerSlam 1998’ PPV.